This coin is dedicated to Iron Maiden who are considered one of the most influential and successful heavy metal bands in history with over 100 million sold albums. They have played more than 2000 live shows throughout their career. For 40 years, the band members have been supported by their famous mascot, “Eddie”, who has appeared on almost all of their album and single covers, as well as in their live shows. 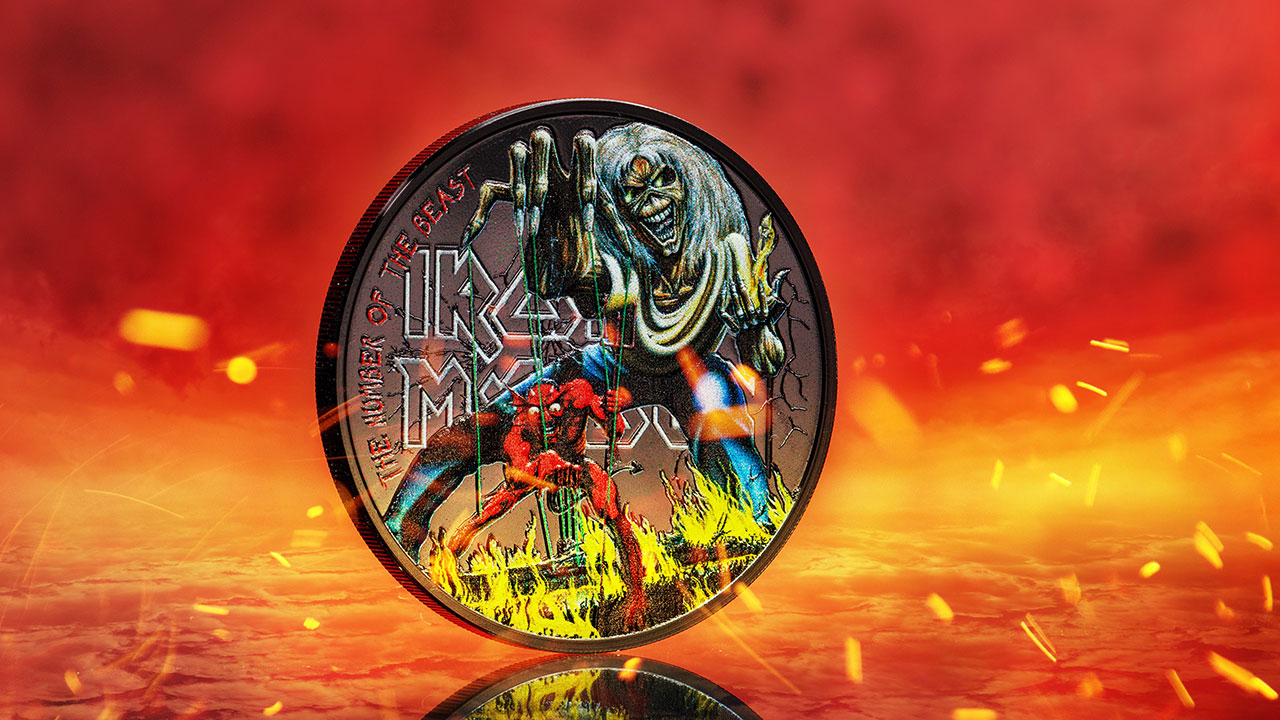 “The Number of the Beast” released in 1982 became the band’s first album to top the UK Albums Chart and reach the top 40 of the US Billboard 200. This 1 oz silver piece features the original album cover. The Obsidian Black finish matches perfectly with the strong impressive artwork from its colored illustrations. Fans will love it. So be quick and get your own Eddie as the mintage is limited to only 1982 pieces. 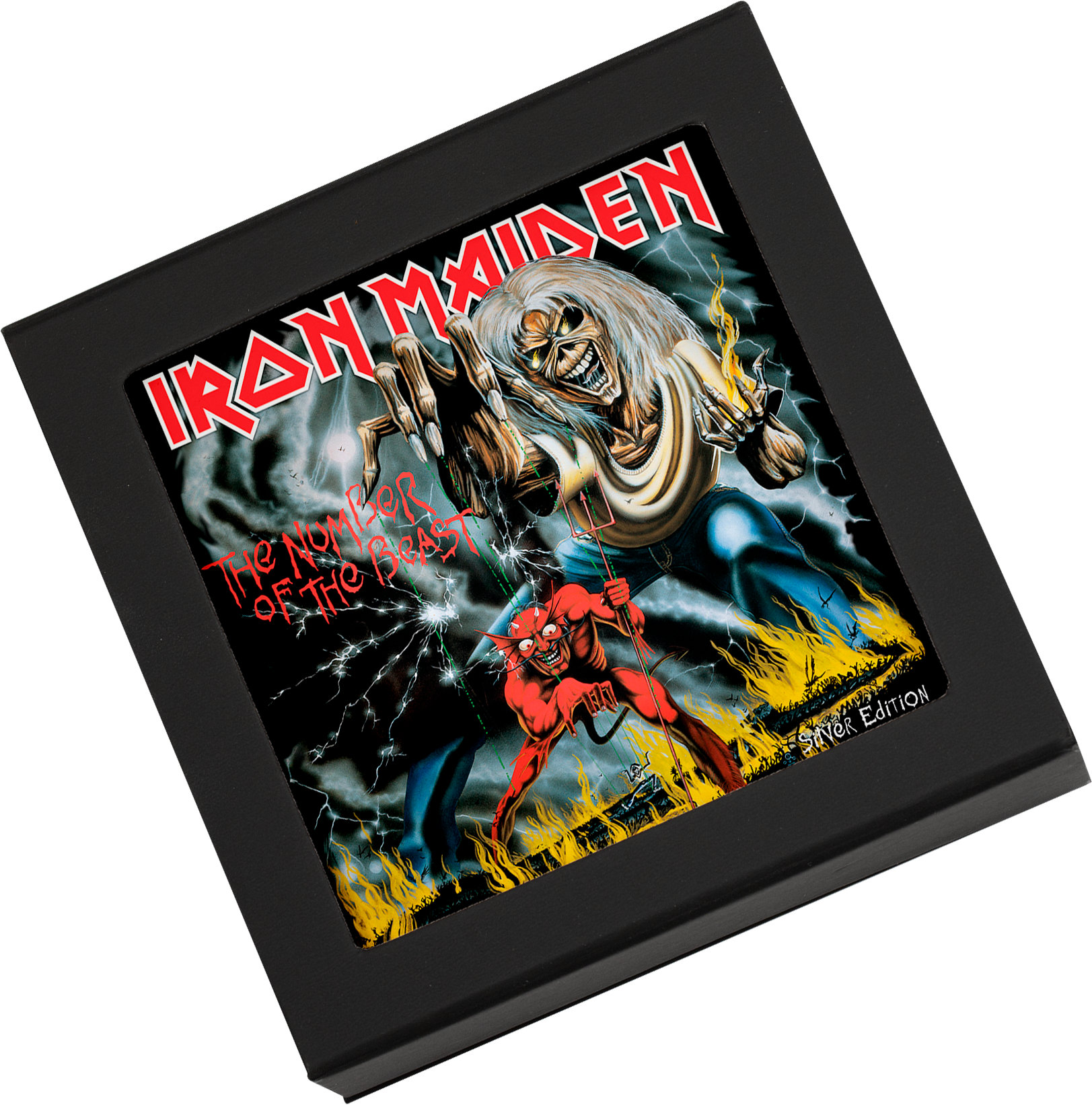 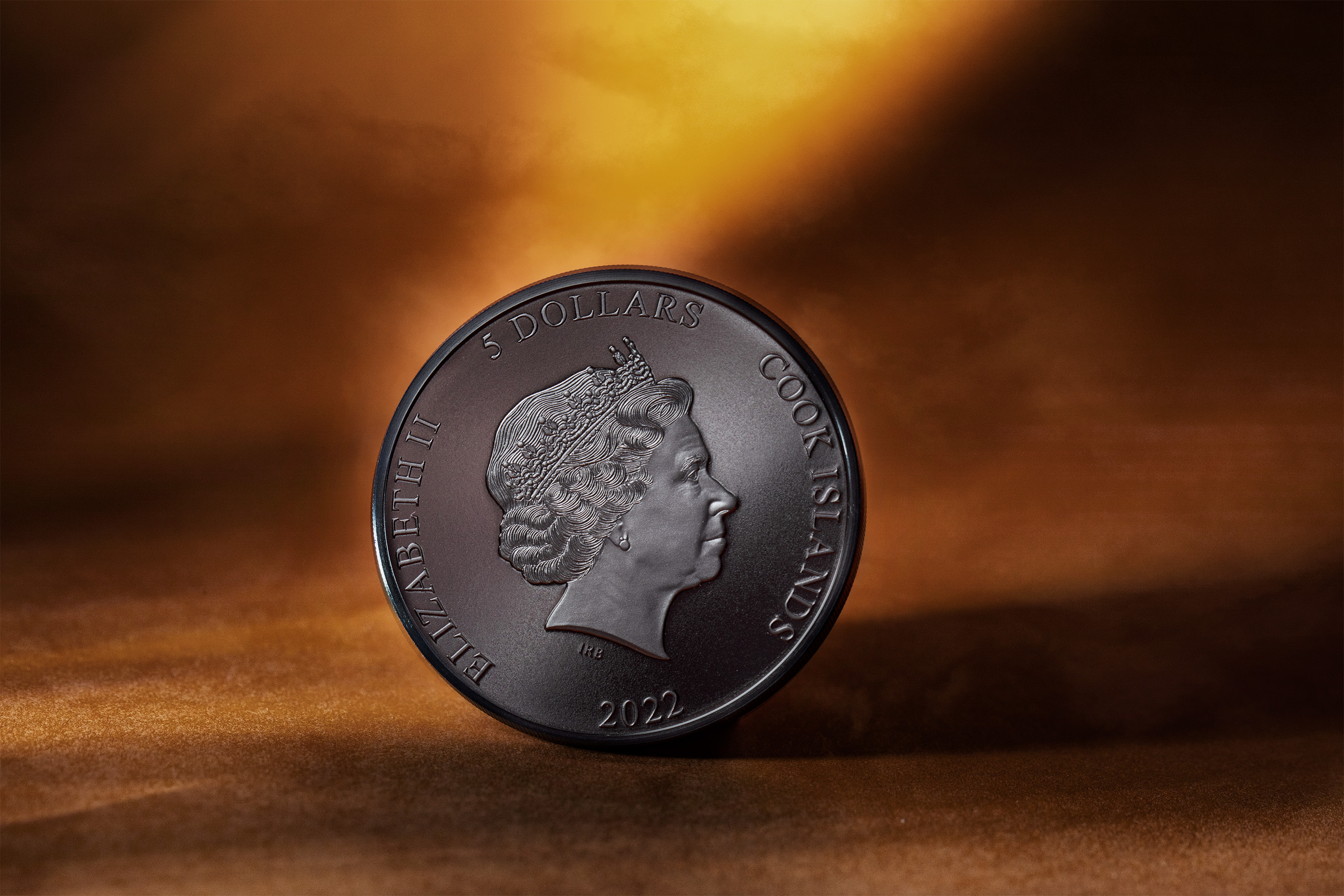 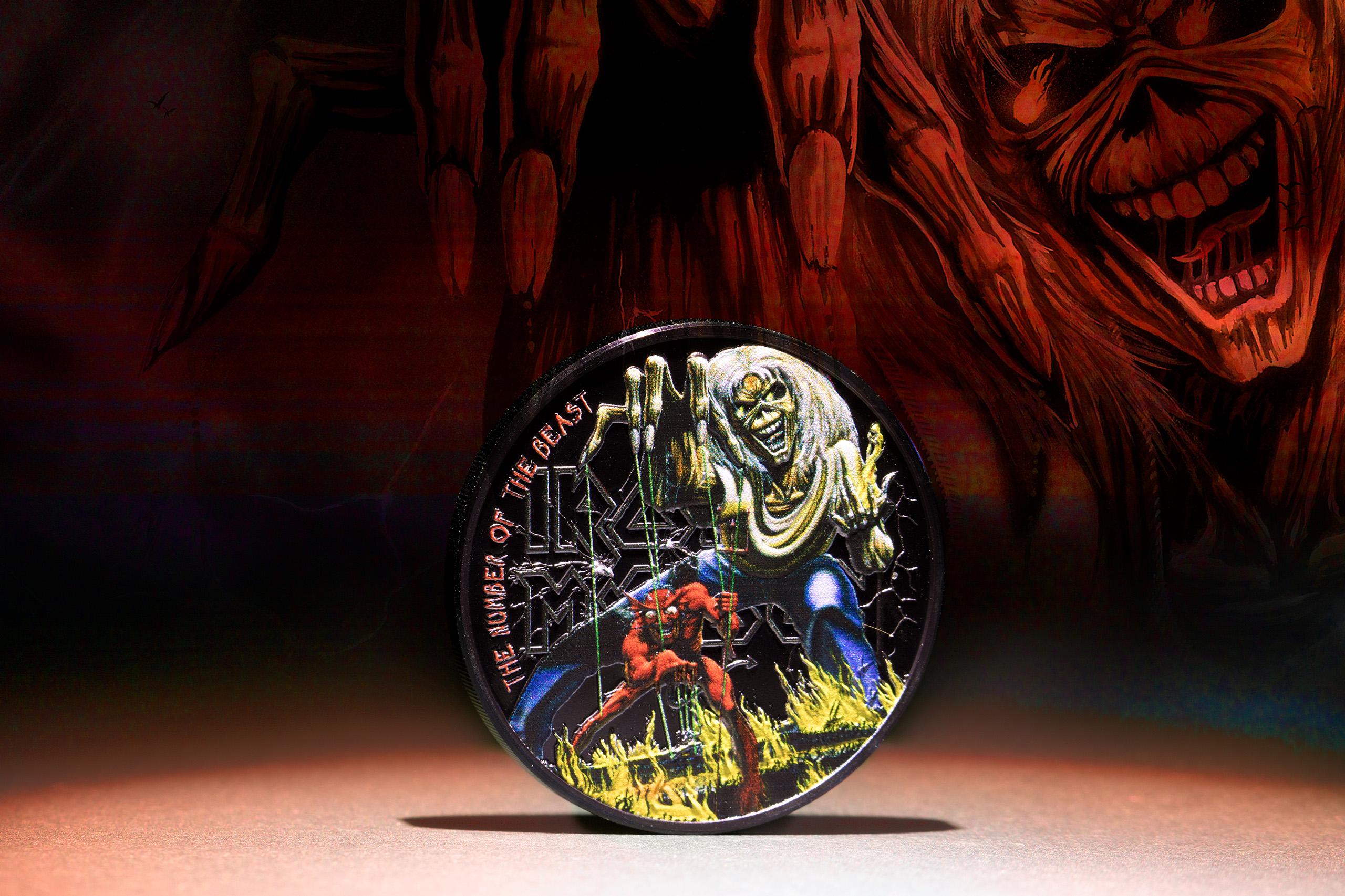