As a teen Peter Frei, one of CIT’s coin developers, had the chance to see Freddie Mercury and Queen live.  It was the beginning of a great love of Rock Music. Just two years later, on 12.12.1982 he went to his first AC/DC concert in Zurich. He went on to enjoy four more AC/DC concerts.

He is a true Hard Rock Fan and over the years he attended more than 200 concerts – usually with his brother. “My wife also joins me from time to time but she is not as crazy as I am.”  Of course, he owns all of the AC/DC albums and even has some original signatures of the band. In 1982 he also visited Bon Scotts place of death in UK to honor this music legend. 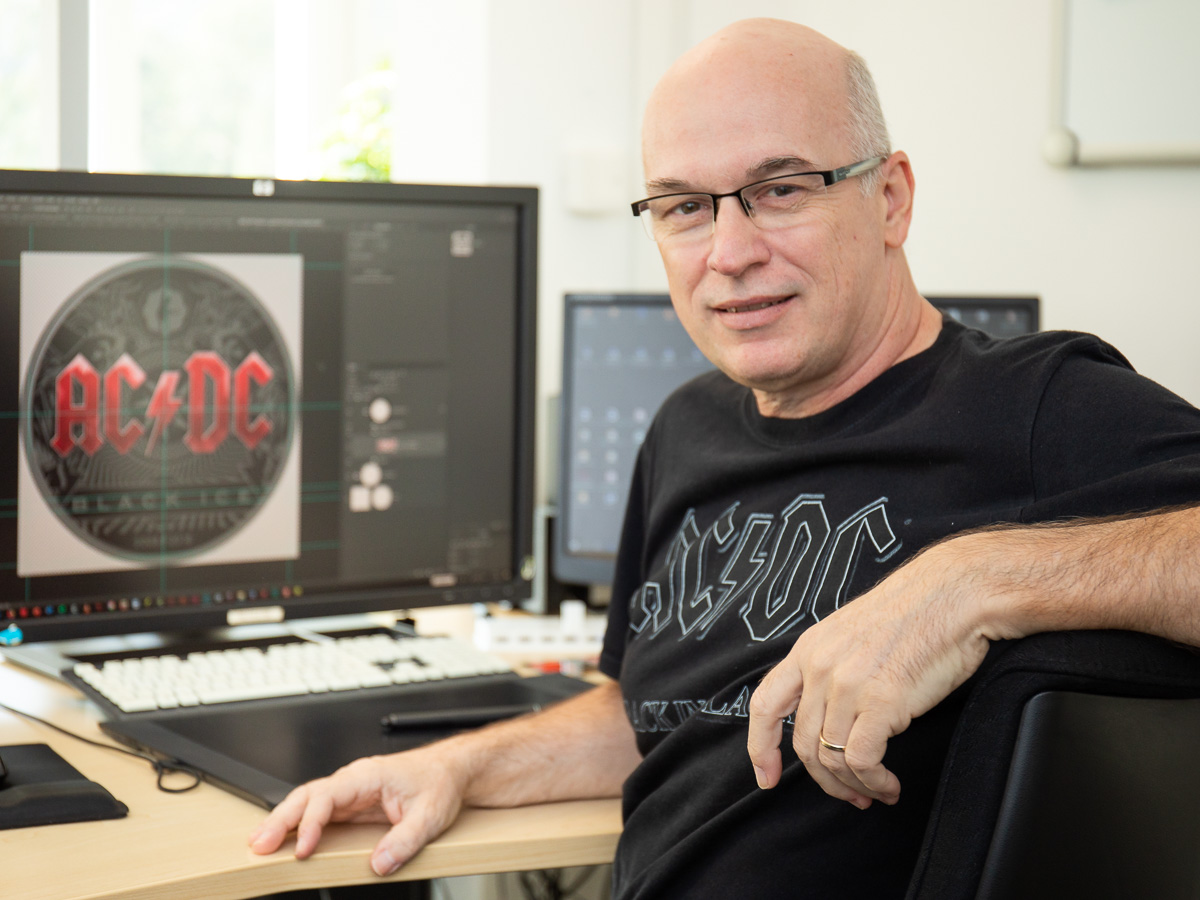 “It felt like Christmas when I was asked to design CIT’s first AC/DC coin.” Finally after more than 20 years of being in the coin business he was able to bring his passion for AC/DC into a unique numismatic treasure.

But where to start?  He proposed that the 2008 album “Black Ice” will be the first theme to highlight. Also because he witnessed that tour back then. “I am grateful that the CIT management fully trusted in me so I could start designing from the bottom of my heart and with hardly any boundaries.”

As CIT already had produced silver notes his idea to launch an AC/DC note in record style was obvious. And guess which was one of Peters first records as a teenager – Highway to Hell. So no doubt that this was his first choice for the theme of the AC/DC silver note.

When CIT planned further editions of this successful collection Peter immediately saw a huge advantage to combine the famous “The Razors Edge” album with CIT’s stunning smartminting© technology. The result is a mind blowing high relief coin as a modern 3D version of the original album cover.

As a true Rock Fan, Peter knows that some famous guitar players use a coin to play the guitar. Here we go.  The next collection issue was in his mind – a unique shaped coin meant to replicate an AC/DC guitar pick.  The end result is a pure silver coin that is in the shape of a Guitar Pick with an incredible design of Angus struck into the pick.

But Peter had some more ideas!  One evening he was looking at the “Money Talks” video from 1990 and immediately he had another product in mind. When seeing thousands of banknotes flying from the ceiling he knew we needed a golden Angus Buck. The end product replicates in pure gold the note’s design that was featured in that video!

Of Course, Peter has all his numismatic AC/DC babies at home. “I am very proud, that with the AC/DC coins I can contribute to the bands heritage. There is so much love in such a small piece of metal.

All of this started with Peter’s wish is to design a coin for his favorite band.

Inspiration that started in 1980… 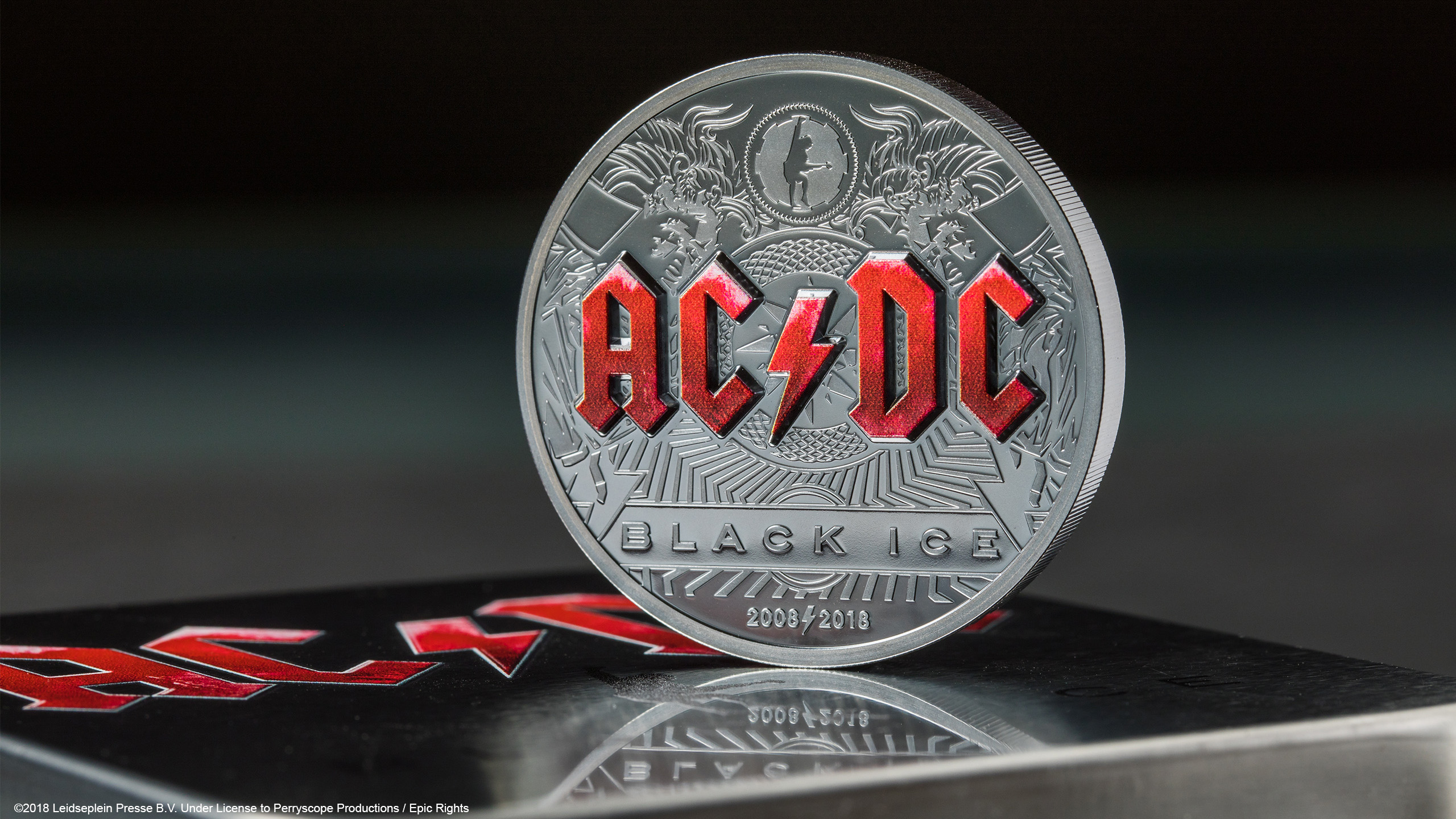 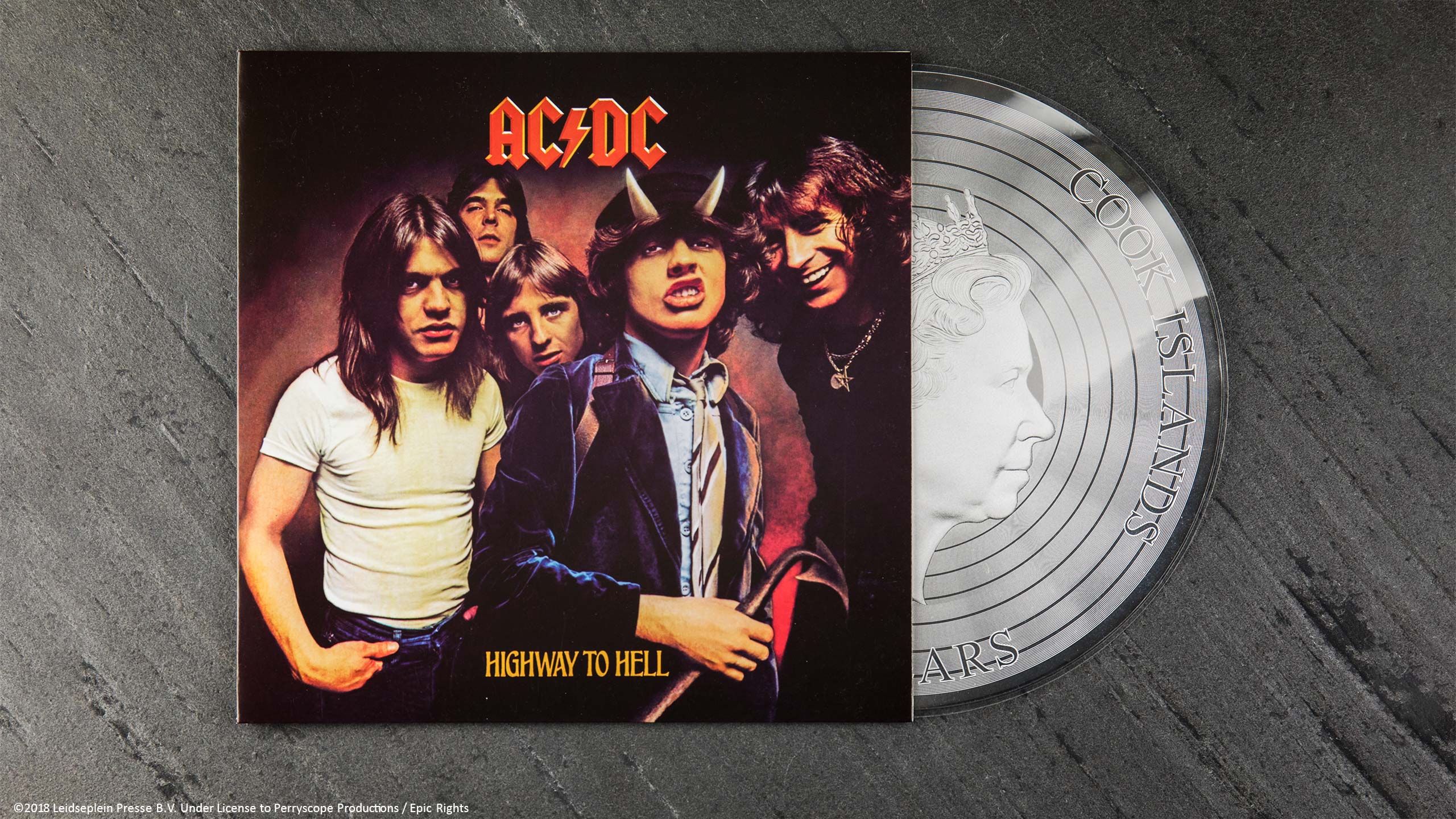 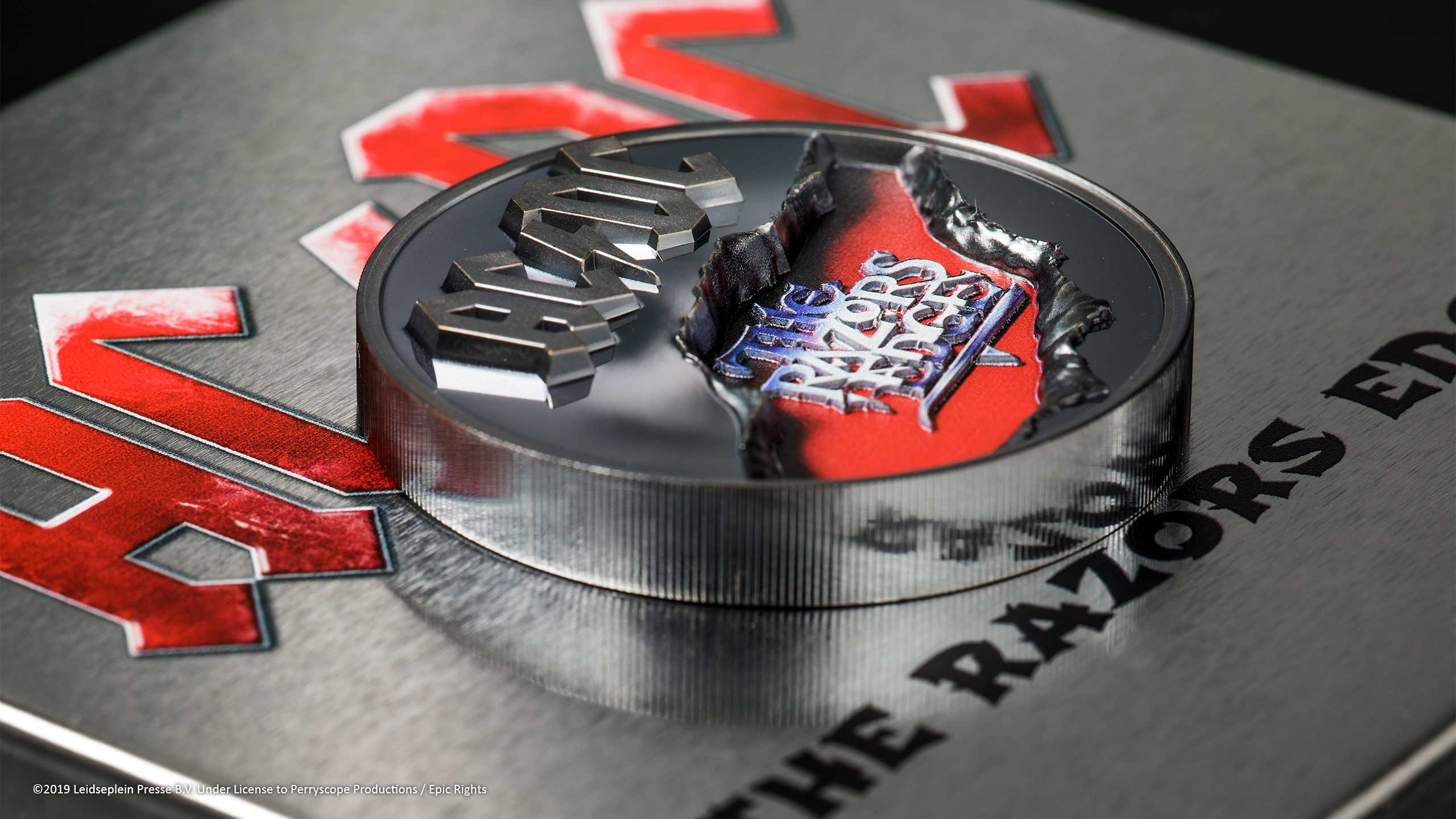 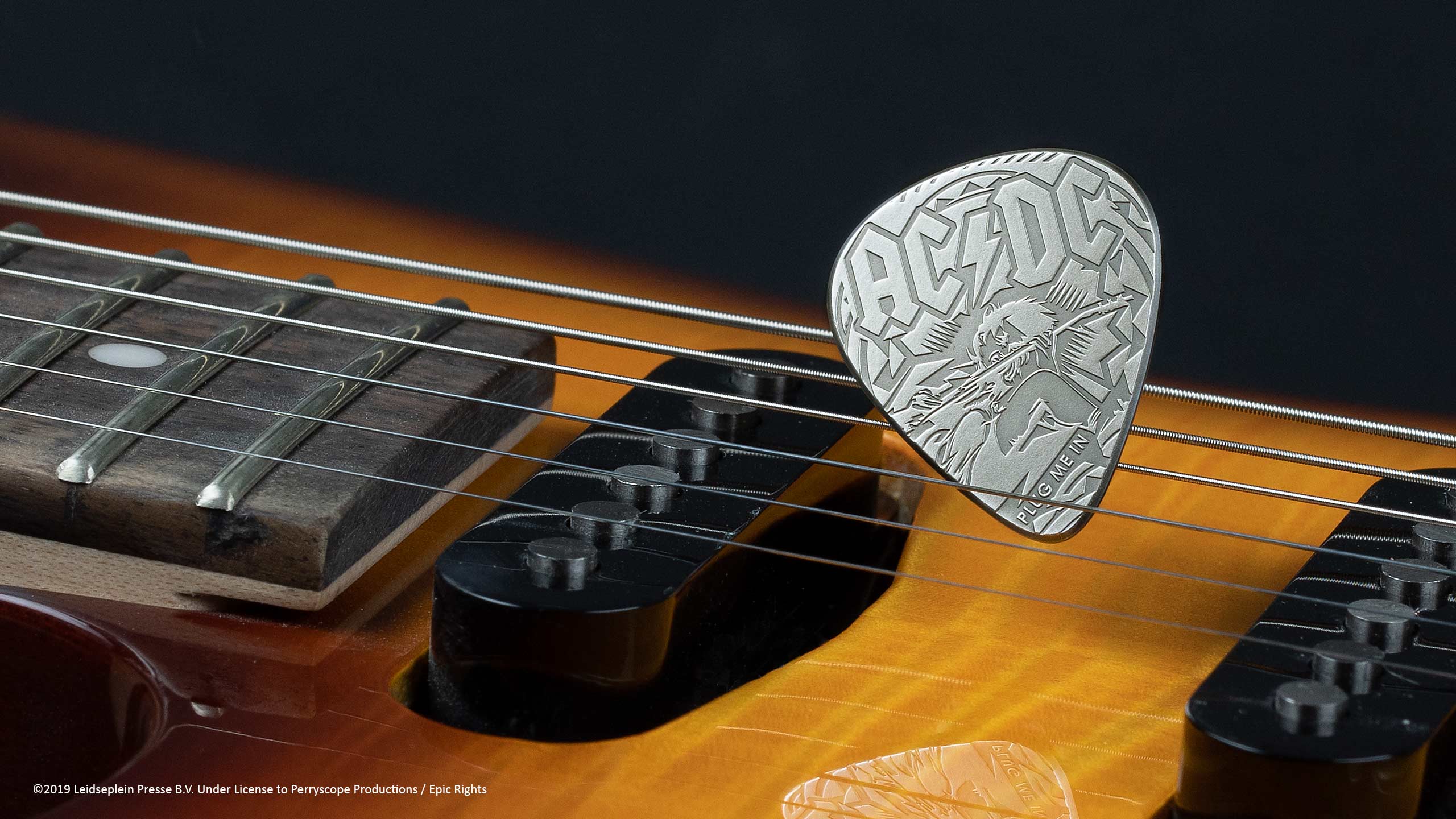 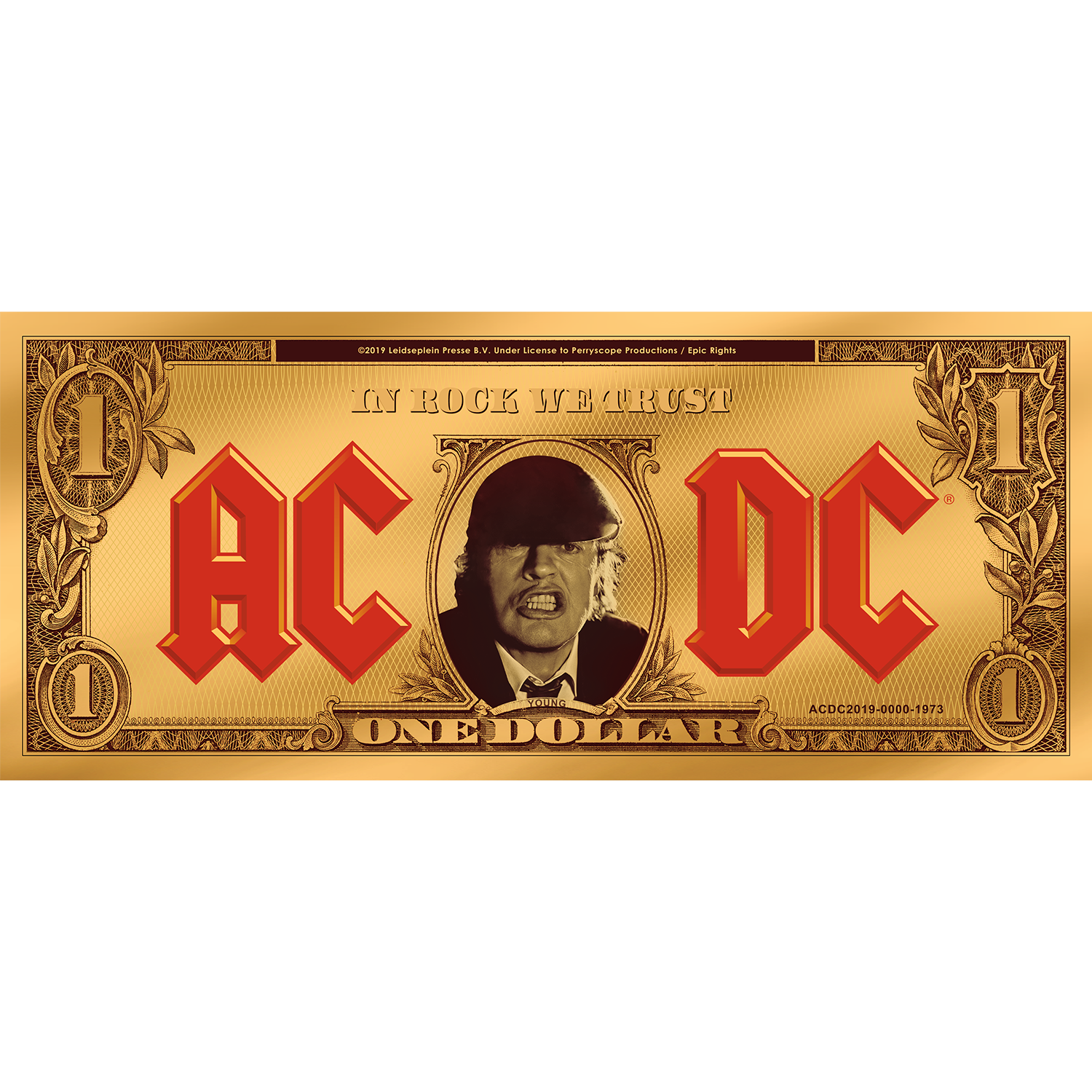