The summer might be gone. But not our passion for coins. Thus we are happy to reveal the CIT Autumn Launch 2020.

Art, History, Fairy Tales. Make your choice out of the exciting range of new releases. As a collector please contact your favorite shop for more details. 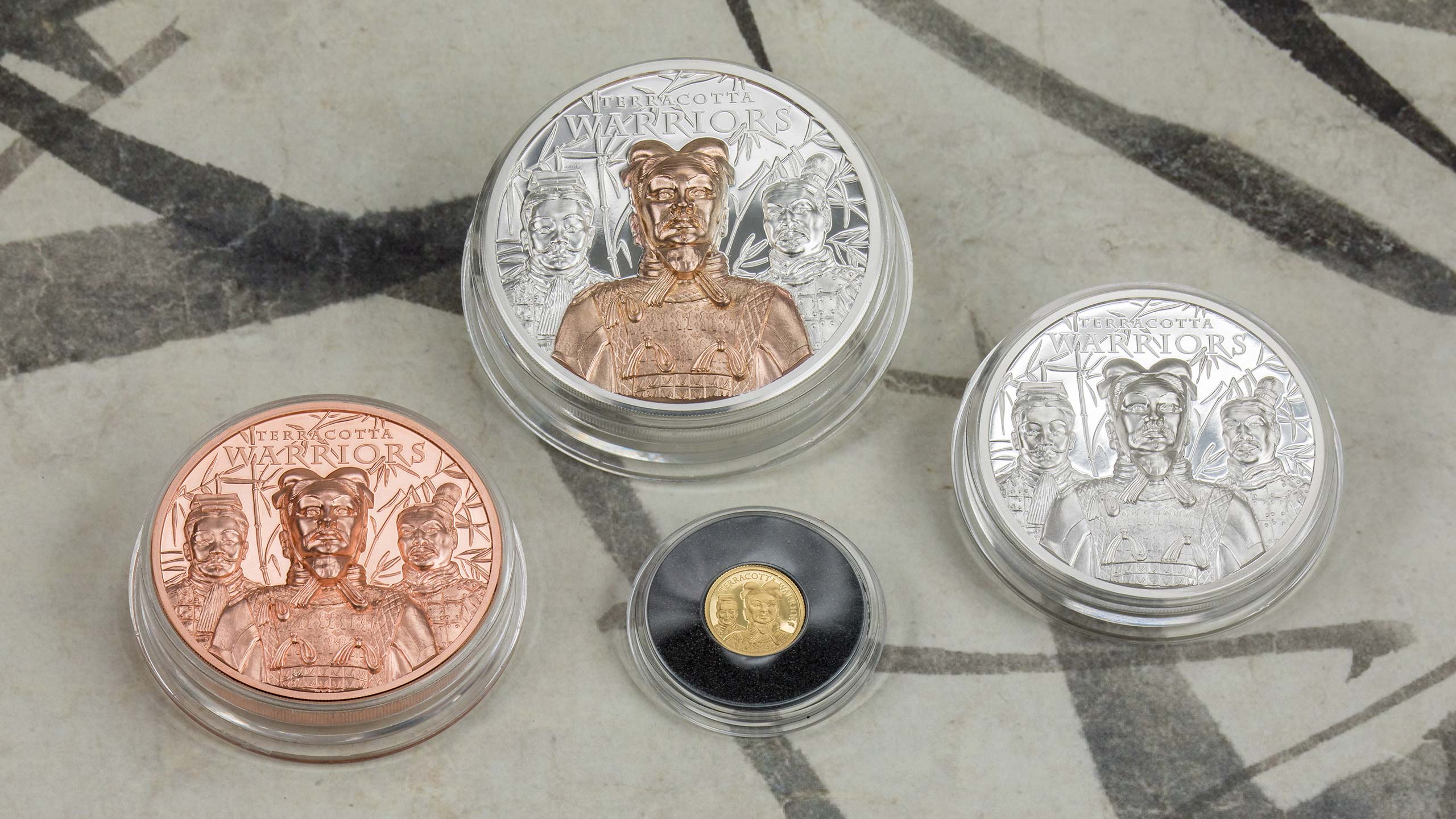 The Terracotta Army is regarded as one of the greatest discoveries of the 20th century! The possibilities of the enhanced smartminting© enables us to utilize our ultra-high relief technology to bring these soldiers back to life! CIT has struck four different specifications dedicated to this amazing part of history.

There will be a 50 gram Copper, an 1 ounce silver, a 3 ounce silver which has been selectively layered in Rose Gold, and finally a half gram gold Proof. Each of these stunning ultra-high relief Proofs connects the art of the past with the modern numismatic world of today. 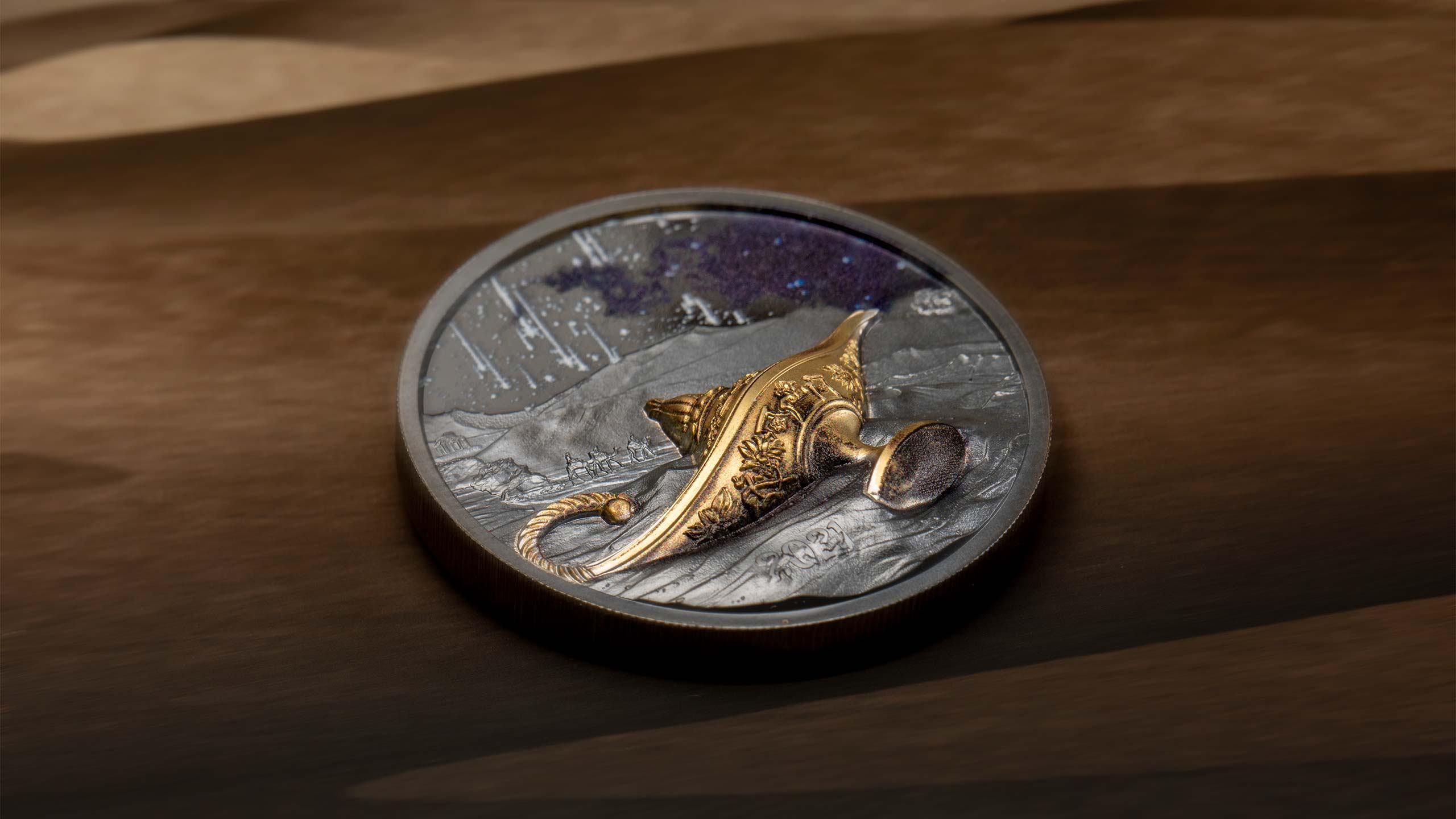 Almost everyone is aware of one of the most famous stories that is called Aladdin’s Wonderful Lamp. This special 1 oz silver Proof shows the magic of the lamp as it has never been seen before on a coin! The lamp can be seen laying in the sand with the dunes in the background against a canvas of a starry night sky.  The Black Proof finish creates an ancient but also modern look which is an impressive contrast to the gilded lamp.

The sophisticated colorization of the mystical smoke coming out of the lamp adds a unique touch to this piece. This special issue will also be available in a half gram gold Proof that is struck in the unique shape of the lamp!

Fighter Pilot in Platinum and Gold 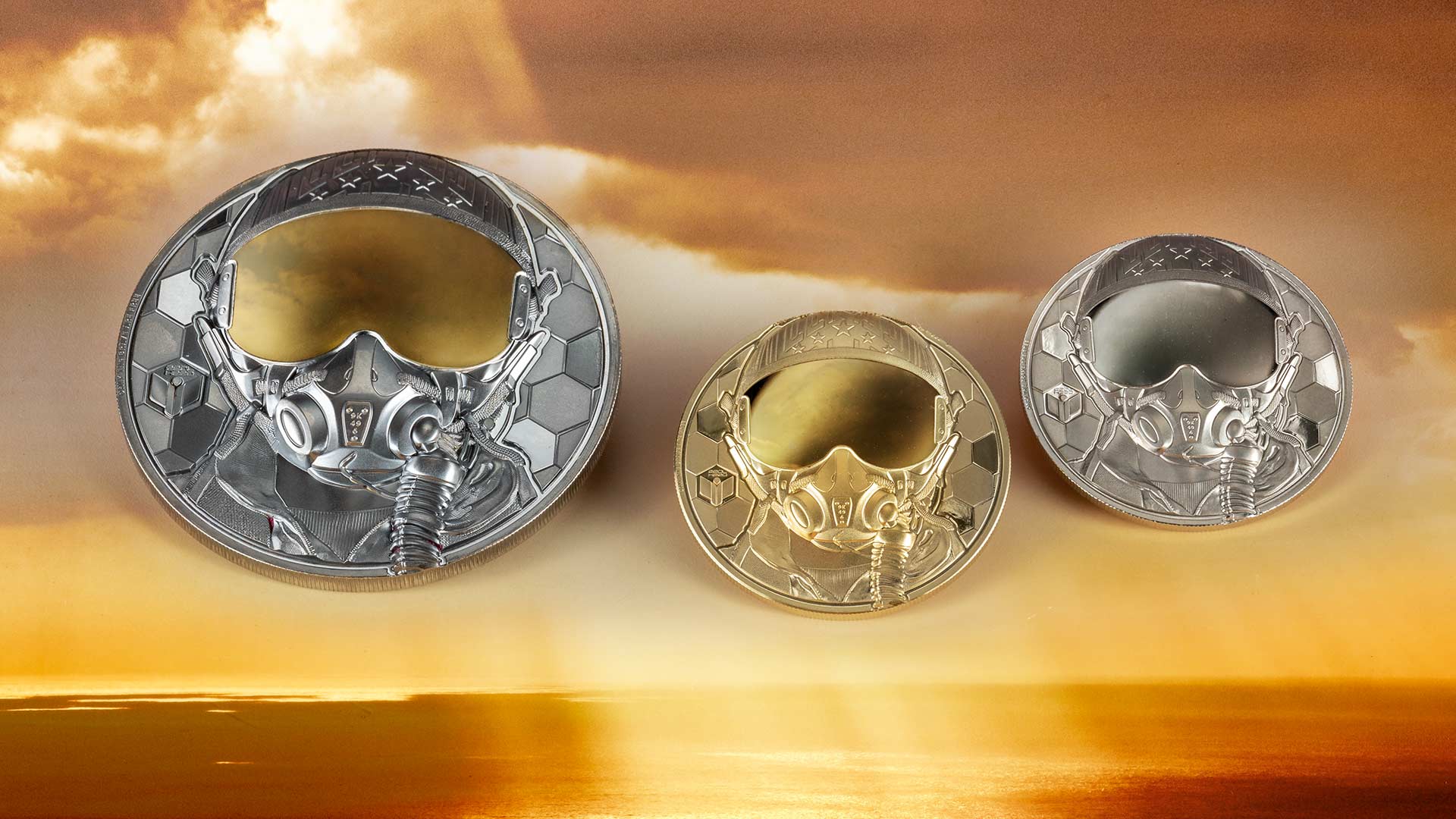 During these chaotic times, everybody wishes for a hero. It might explain why when we released the first in a series called “Real Heroes”, the Fighter Pilot, it sold out in record time. Such a special topic deserves some limited, exclusive editions. In addition to the sold-out silver issue, CIT is proud to release the Fighter Pilot in three stunning, elite versions. 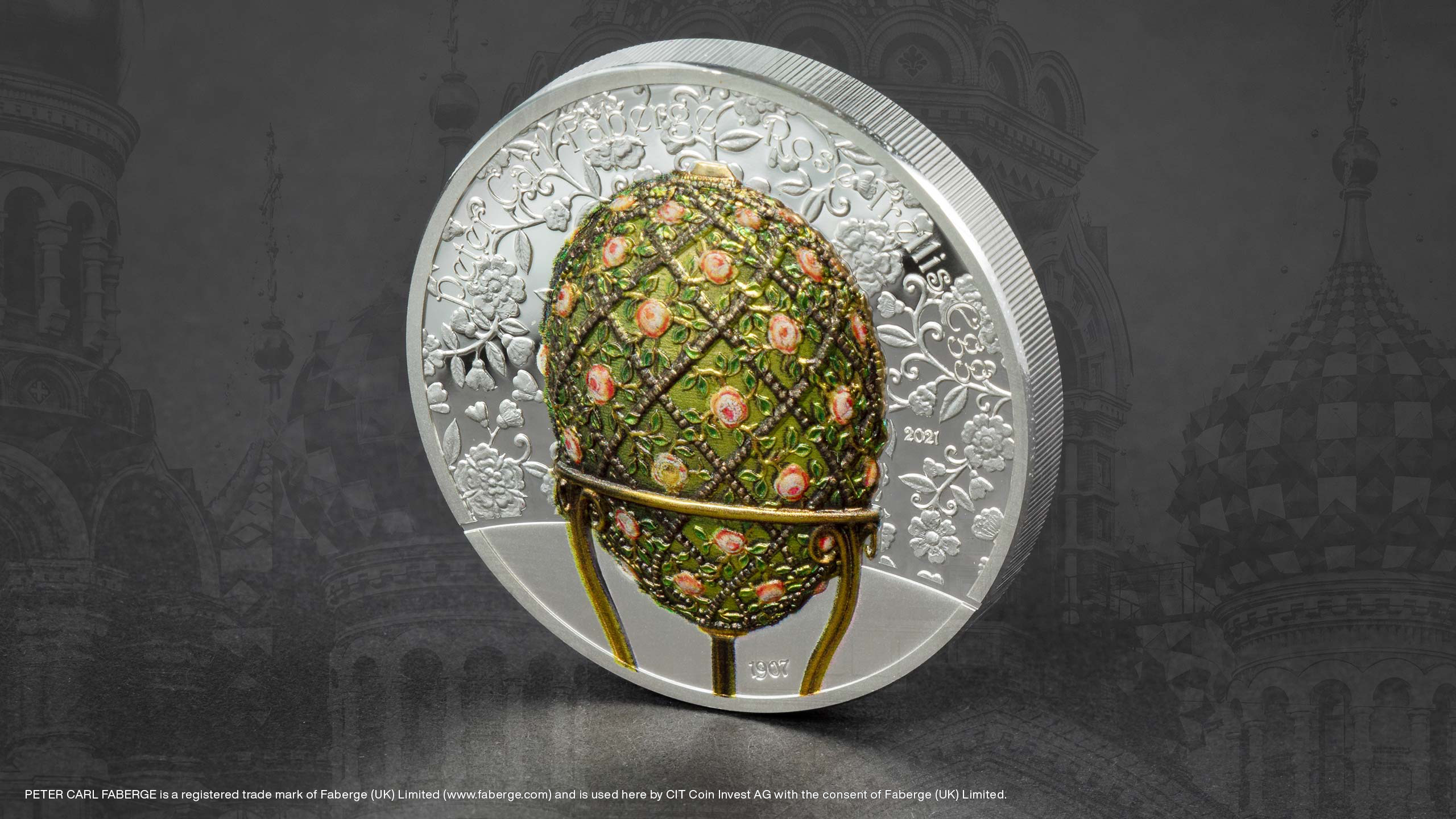 CIT is very proud to release the 2nd edition of a coin honoring a very famous work of art! This time the coin is dedicated to the famous Rose Trellis Egg which was created in Saint Petersburg in 1907. The Rose Trellis Egg is struck in 2 oz fine silver in stunning high relief. The Proof is partially gilded and colored to capture the beauty of the egg.

Delicate floral ornaments in light relief are depicted in the background. This Proof is limited to only 888 pieces worldwide and will be presented in a custom presentation case that is in a shape of an egg. 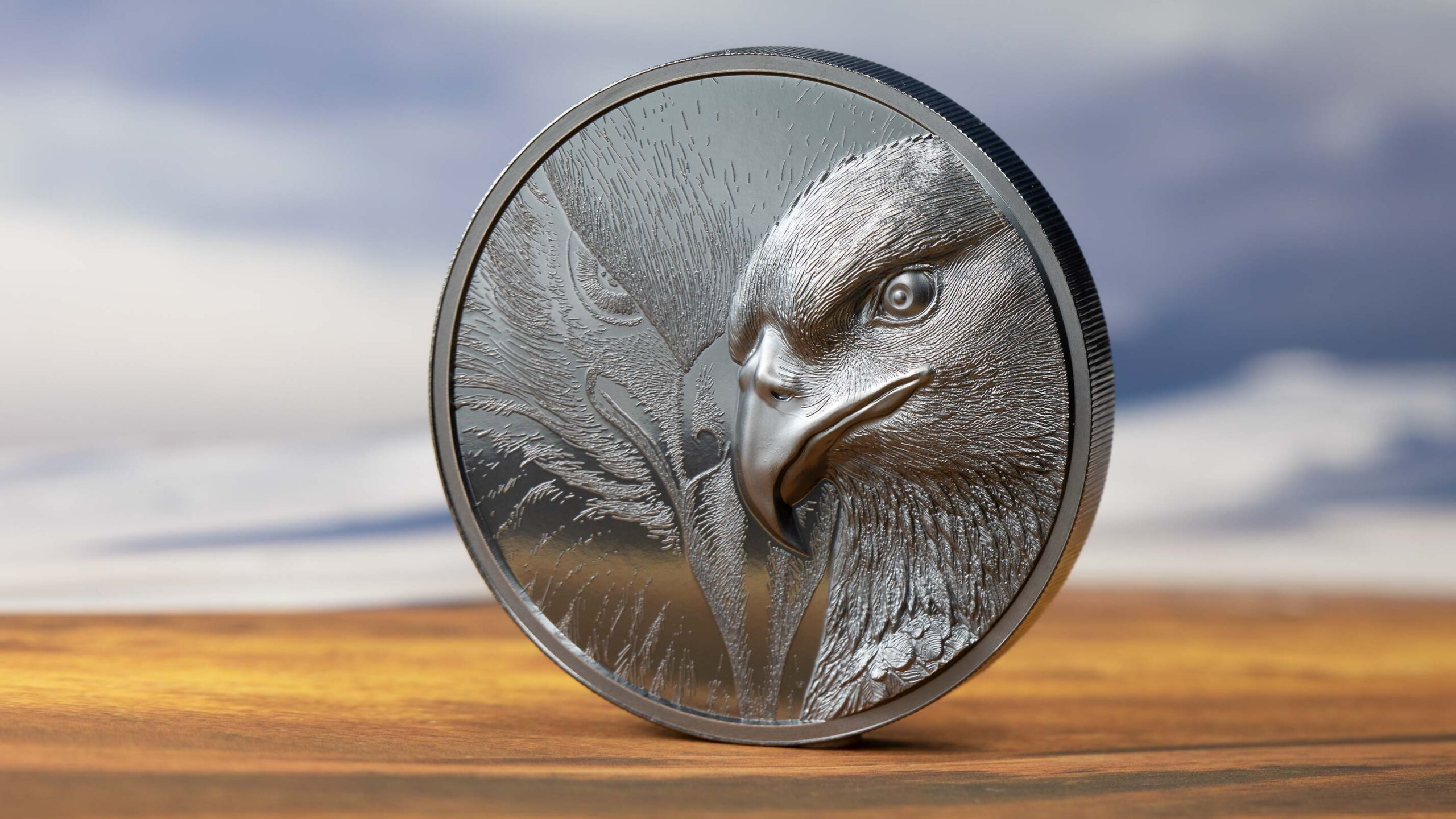 At the World Money Fair in Berlin earlier this year, we released the Majestic Eagle to showcase our newest smartminting© technology. It was an instant success and was featured in many numismatic publications and sold out almost instantly. Following up on that success, CIT is proud to release a Black Proof version of this incredible design.

This stunning 2 oz silver Black Proof features the same design that was released in Berlin, but done with a finish that has become a very popular way to collect coins. What’s incredible about the finish is that it allows every single detail to still be seen in brilliant clarity. 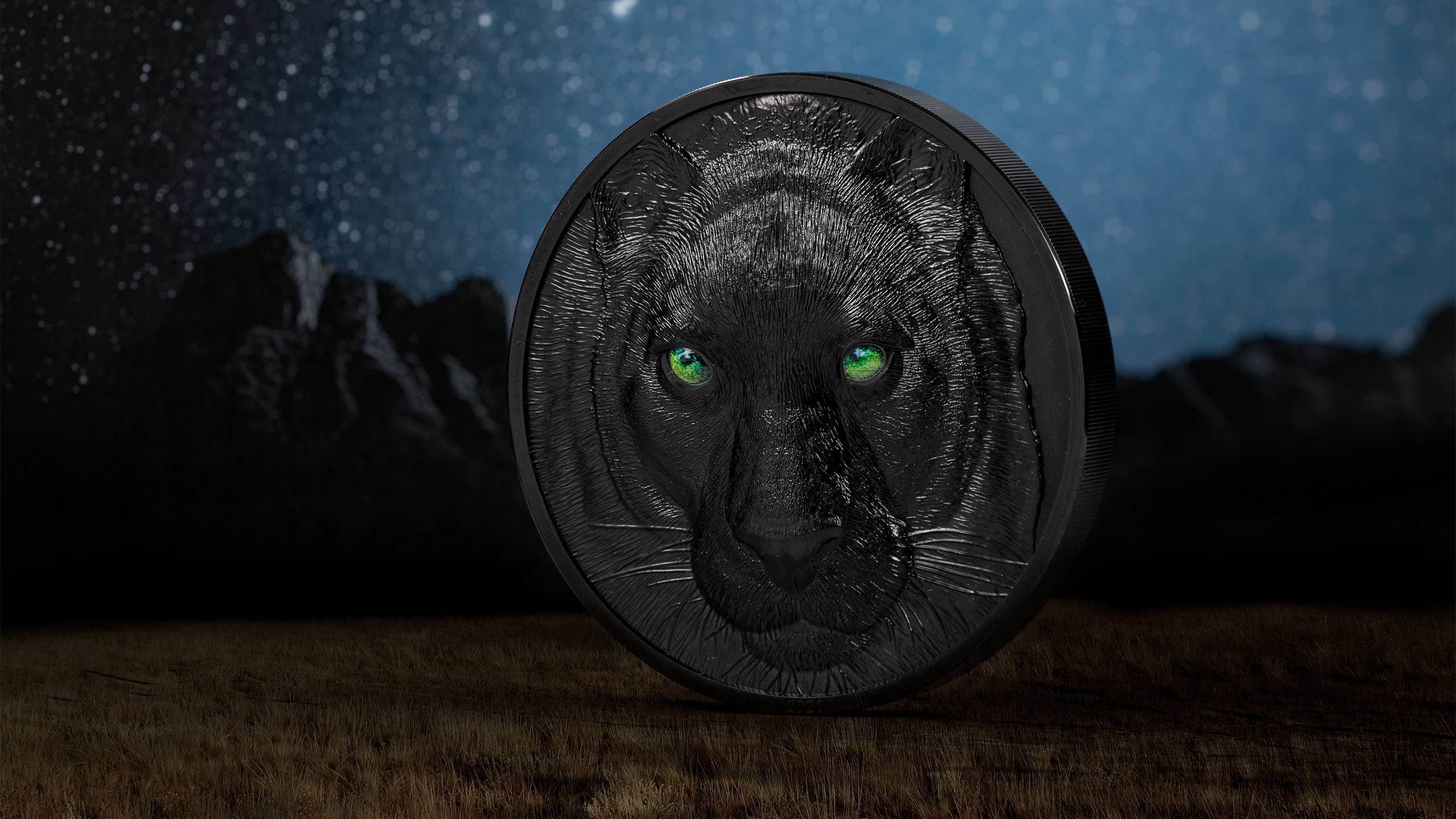 Just last August, CIT released the two-ounces version of the Black Panther featuring our brand-new Obsidian Black finish. The combination of smartminting© high relief and super black finish along with the extremely realistic eyes made the two ounces an instant success. Due to the intense demand and requests for other specifications, CIT is pleased to launch a bigger and bolder version of the Black Panther in an impressive 1 kg edition limited to 99 pieces!

This larger size really allows every detail to stand out. You will easily be able to count every whisker on the Panther’s face and his eyes will be stunning against the super black color of his coat. Even the starry night sky on the obverse looks incredible with the mountains in front of it. 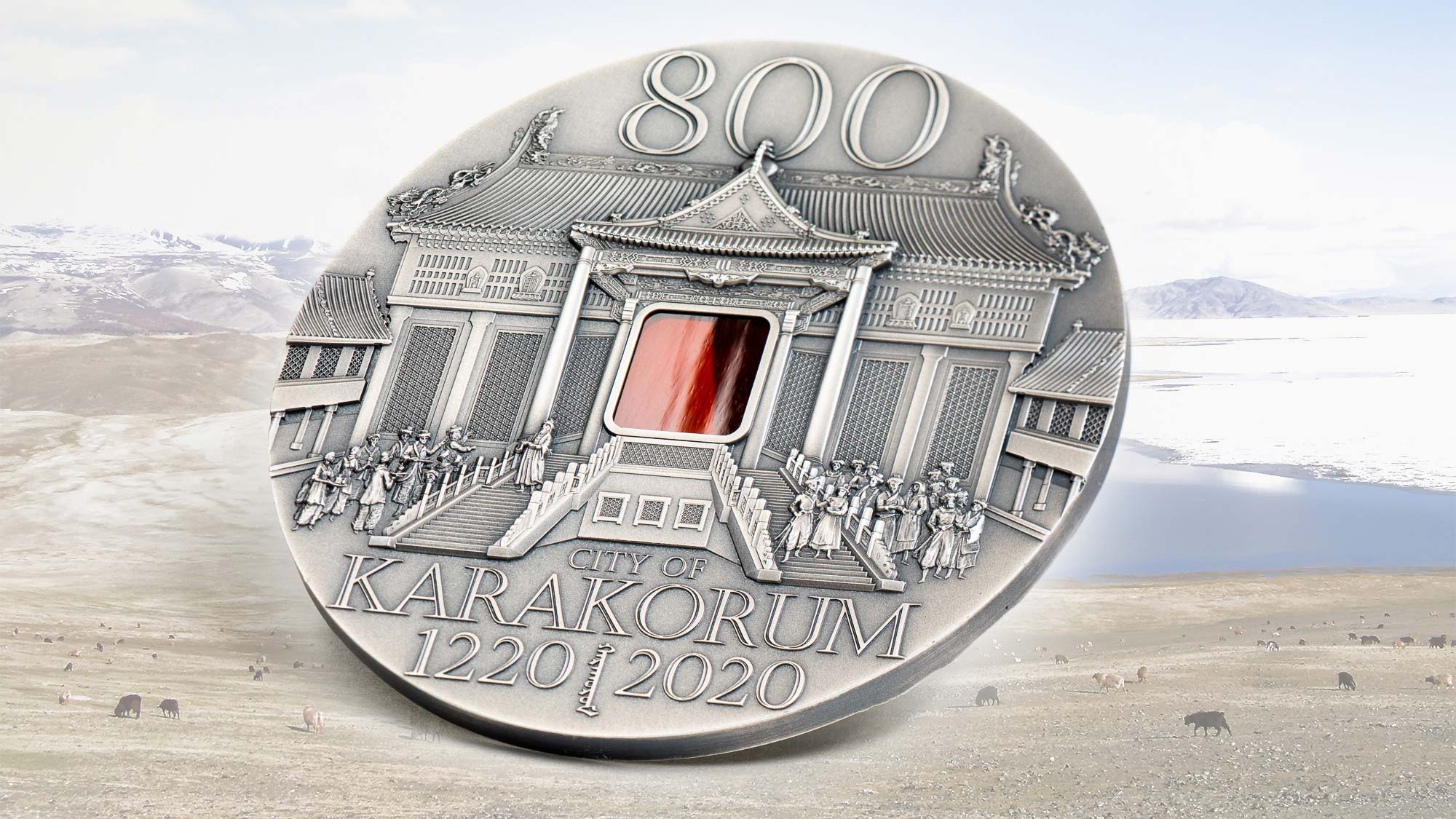 This stunning coin is dedicated to the famous city of Karakorum which was the capital of the Mongol Empire in the 13th century. CIT uses the enhanced smartminting© technology to bring history onto a modern coin.

The level of details on this 2 oz piece is amazing and captures the architecture of this magnificent city. The bold colored tiffany glass in the center of the coin is a real eye catcher and it is a wonderful contrast to the coin’s antique finish. This piece only has a mintage of 800. 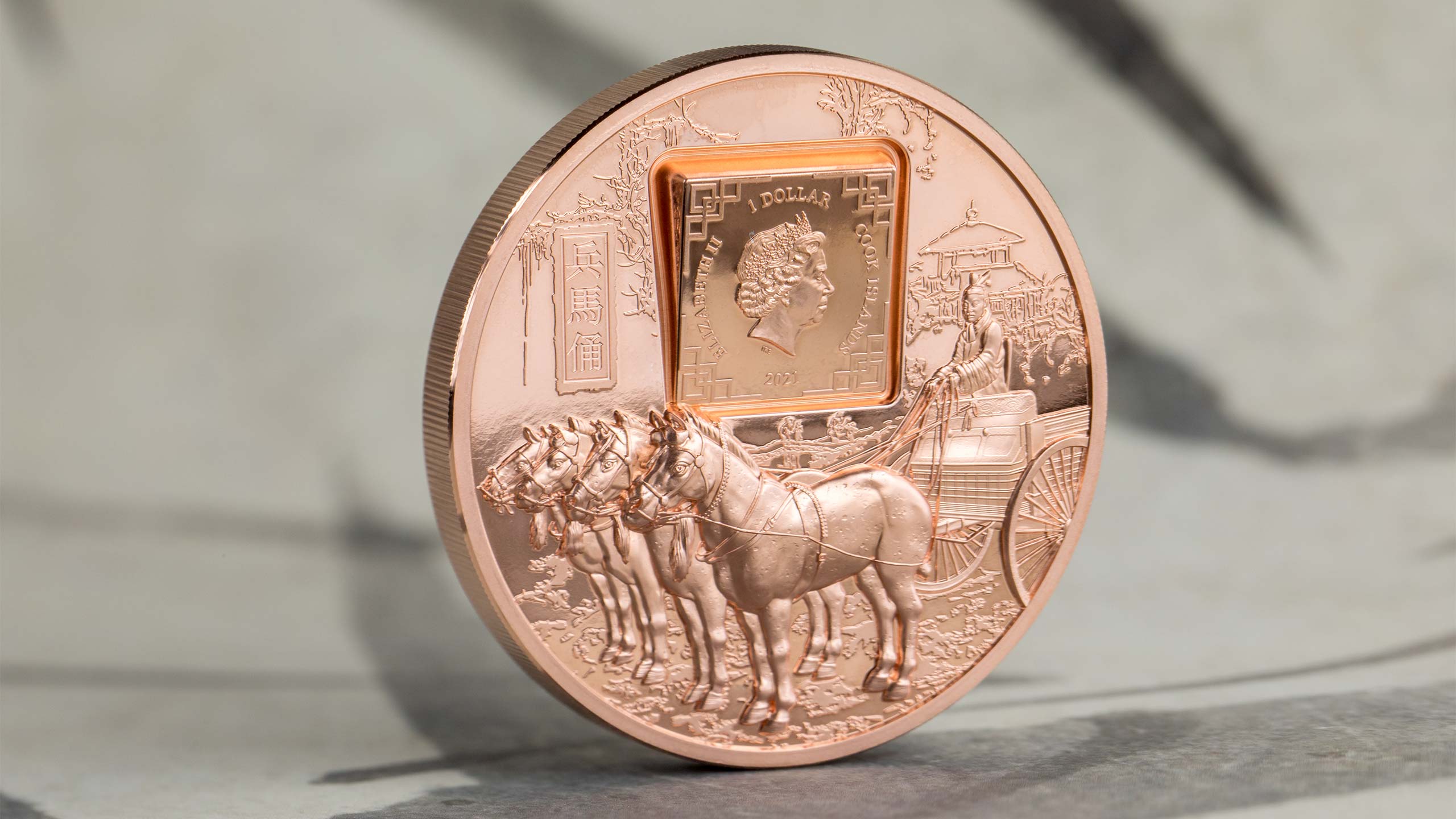 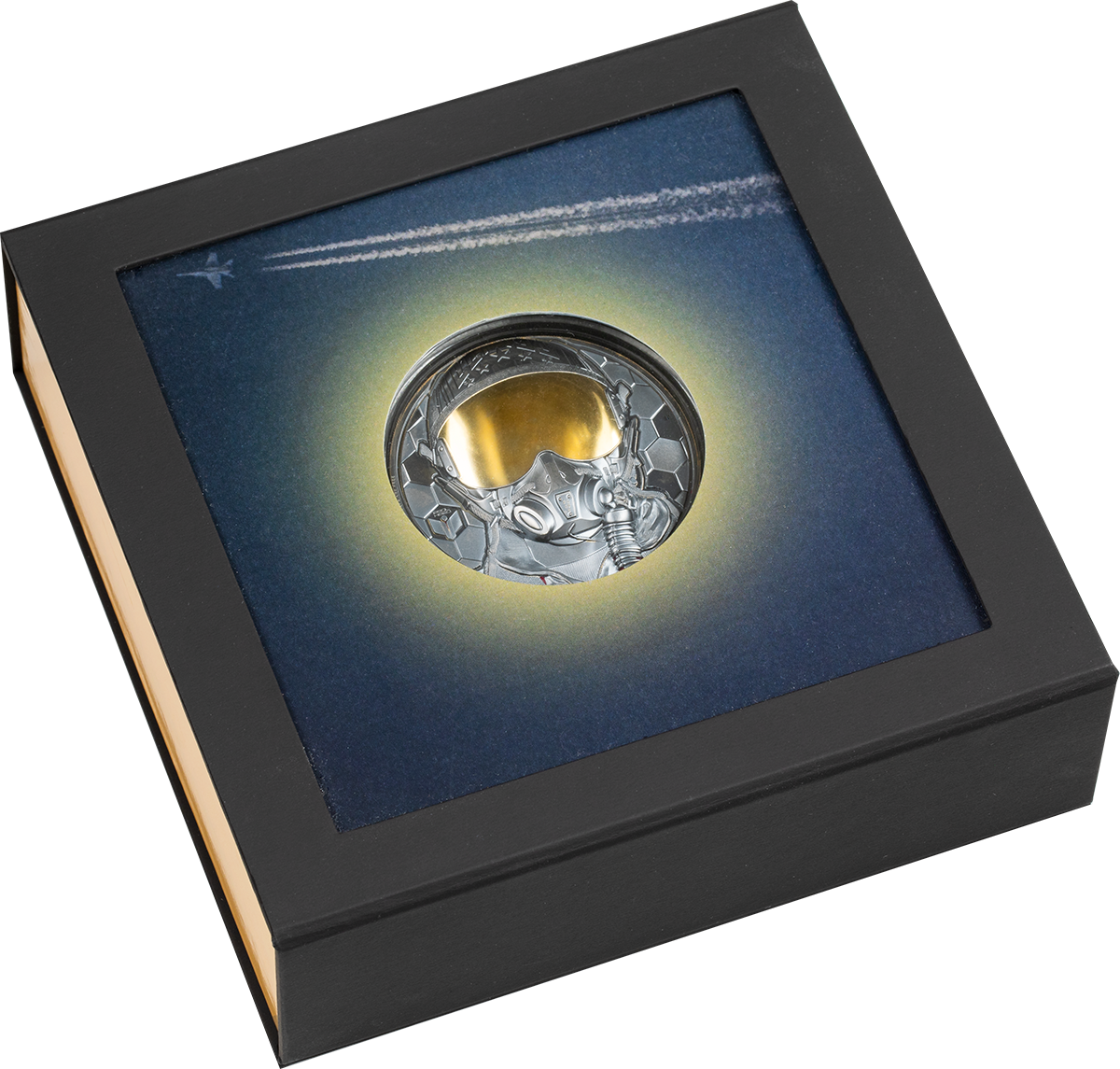 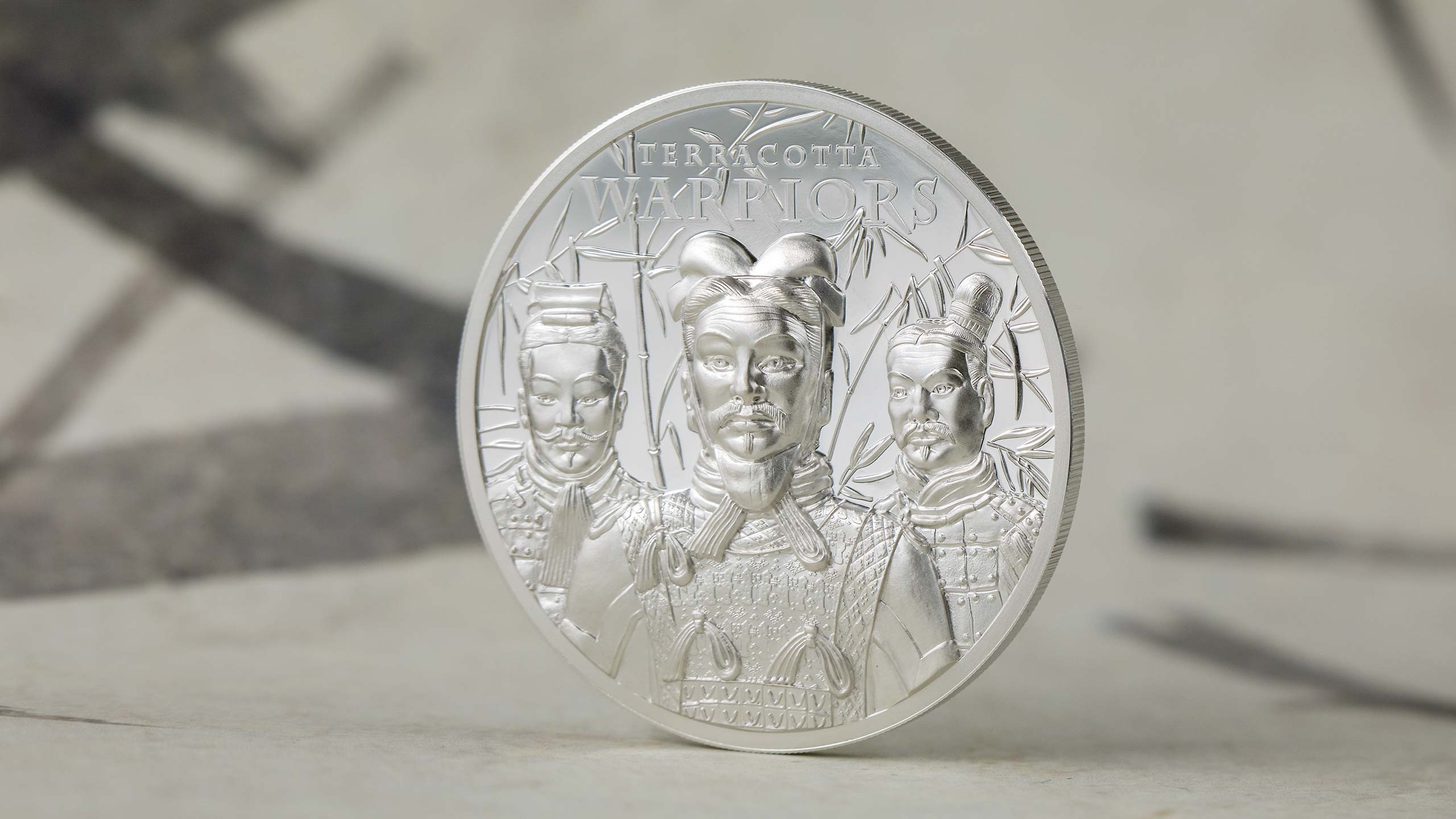 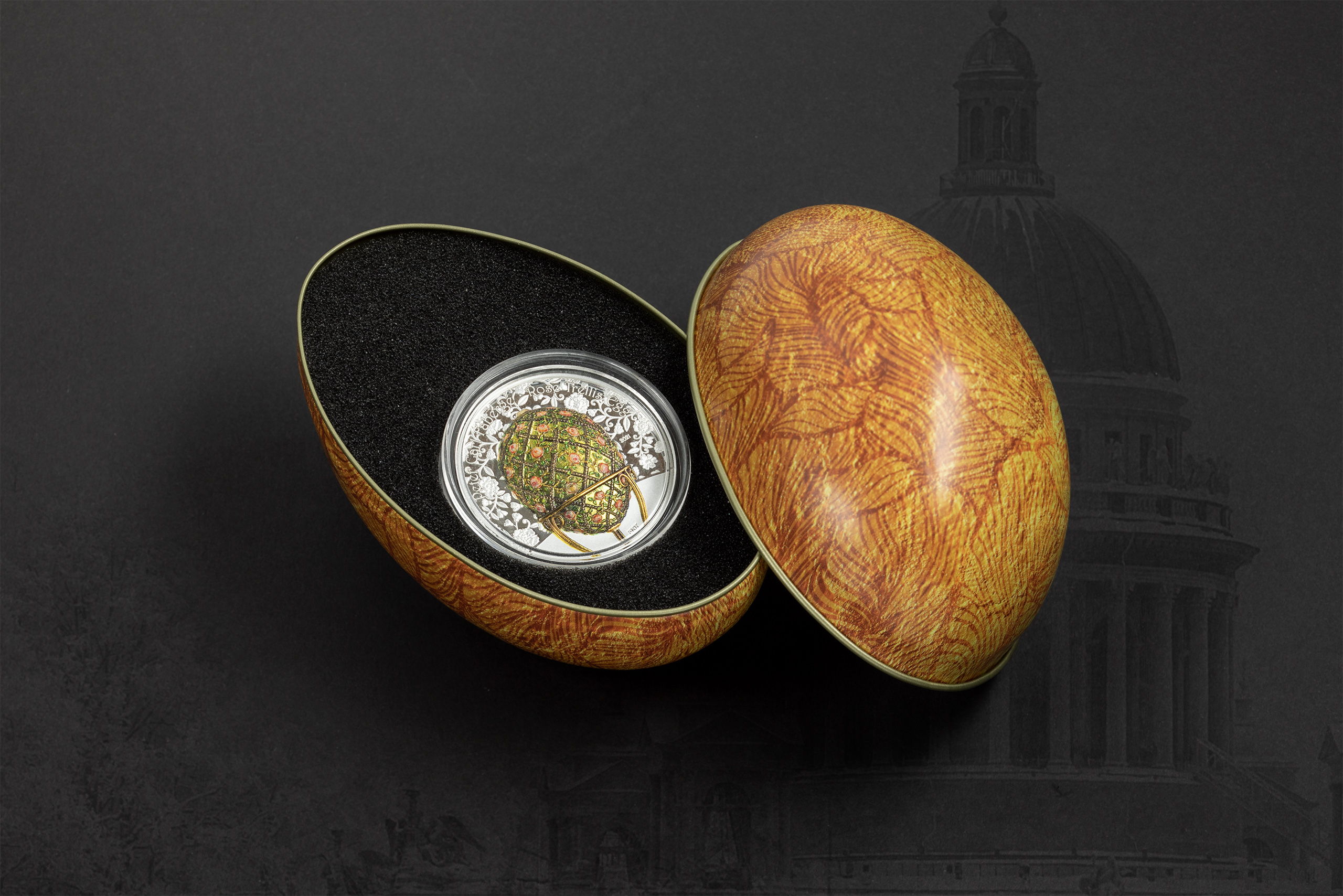 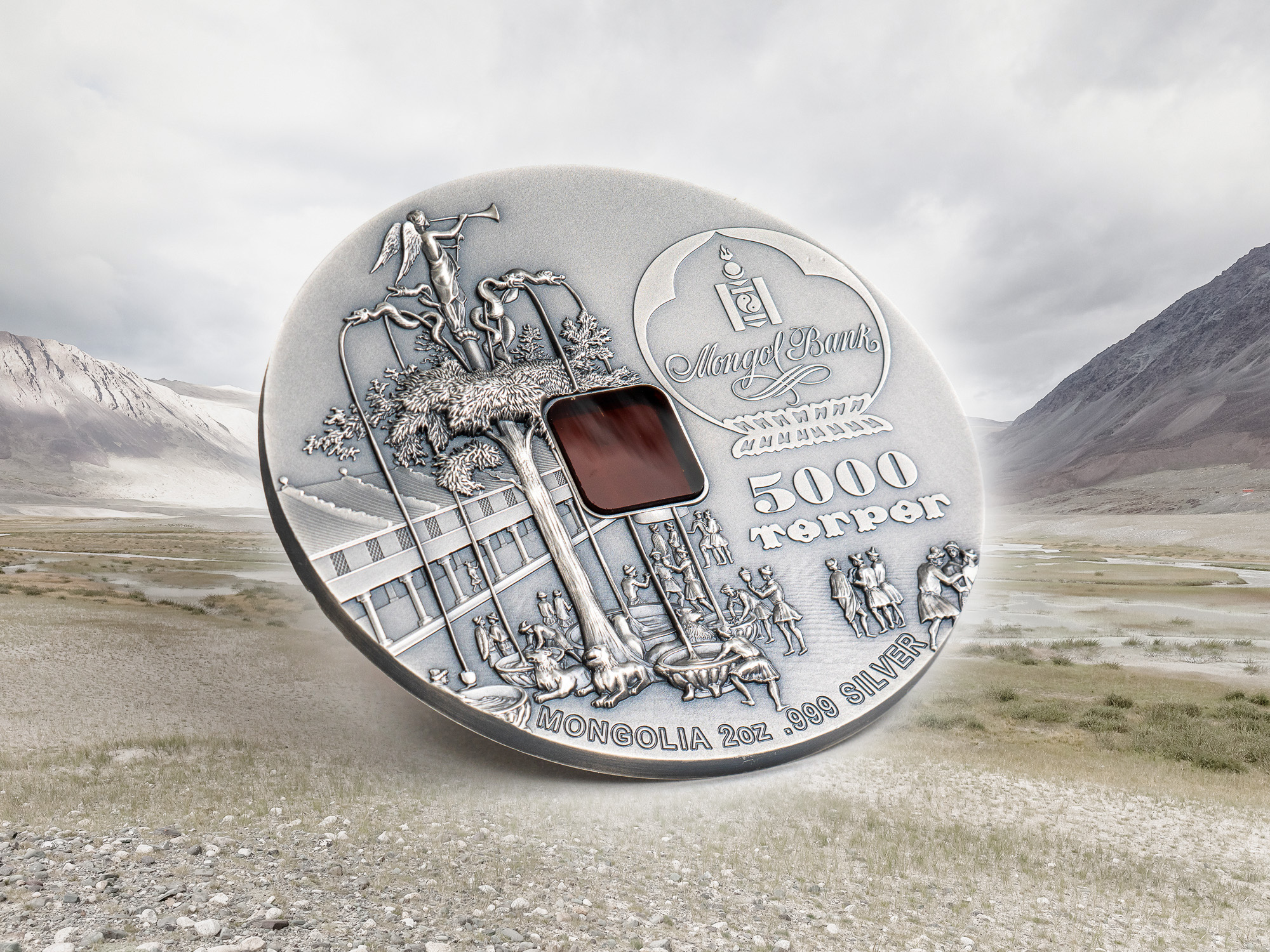 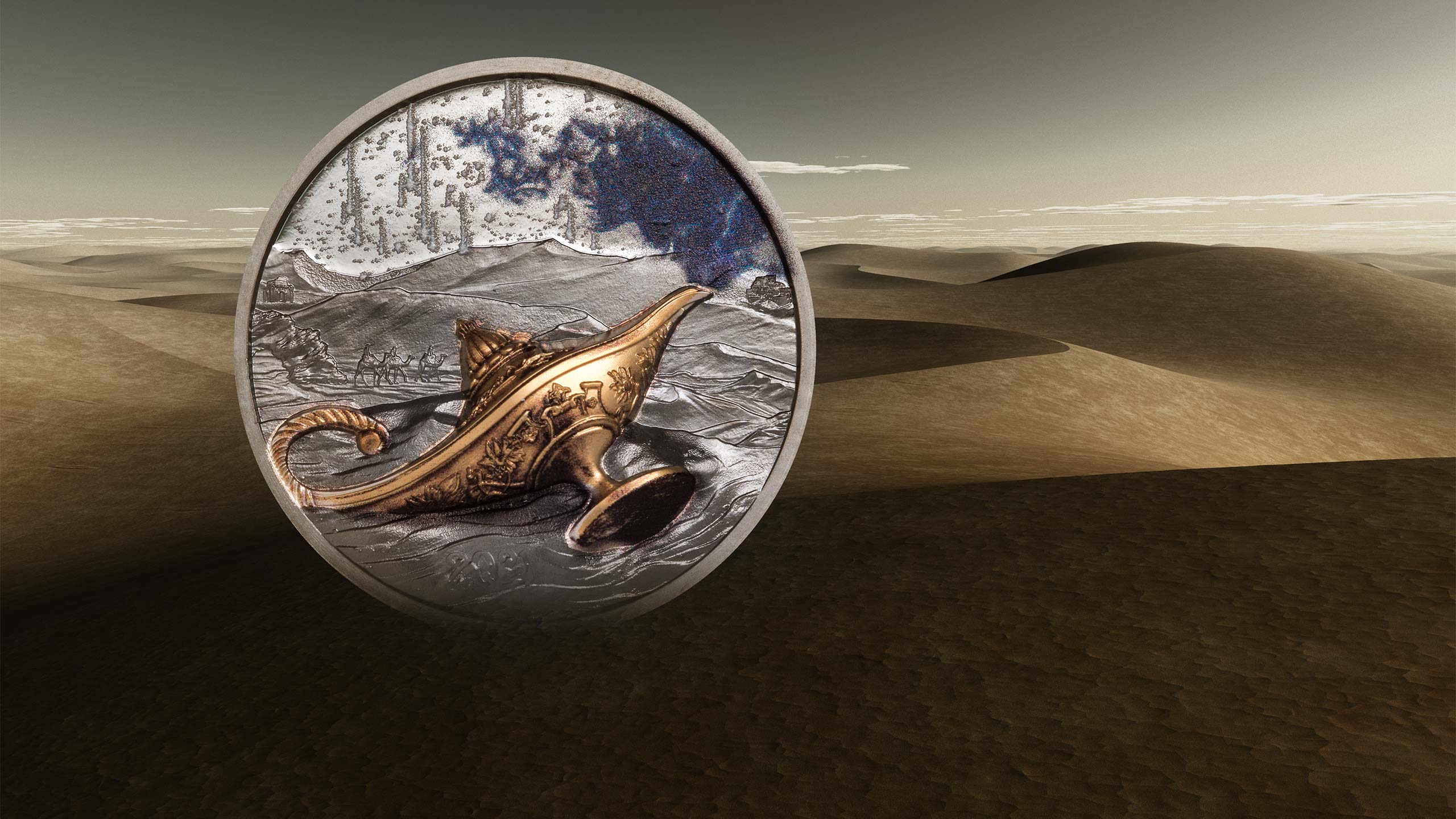 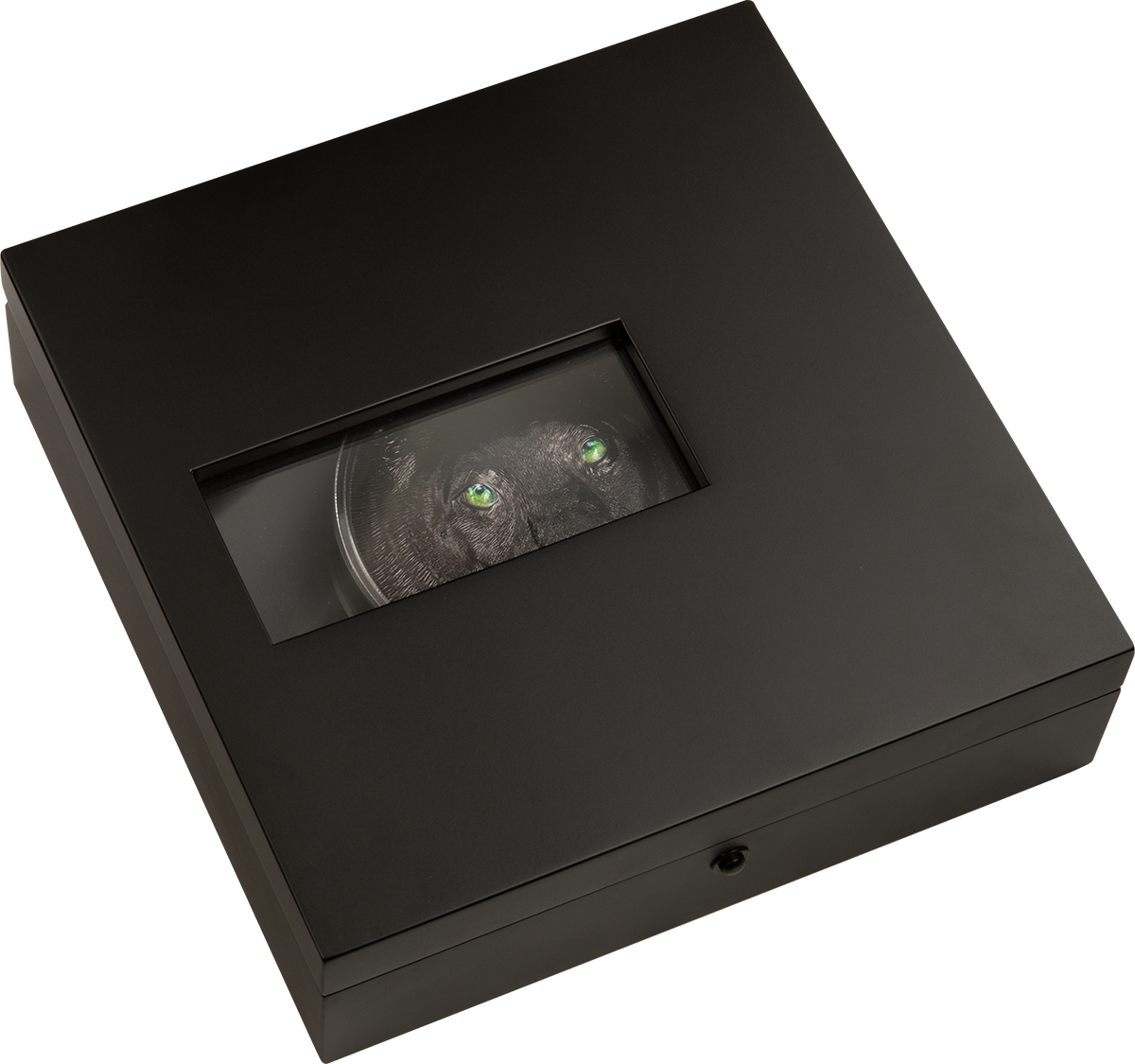