Fifty Years ago nobody could assume that this little coin dealer from Liechtenstein will one day be a global player in modern numismatic. Anybody speaking out loud this scenario would have been put into the principal dungeon.

But the story is true. Passion, curiosity and clever entrepreneurship let us continuously develop our business and compete with the big international mints. We successfully compensate missing size and possibilities by flexibility, commitment and customer orientation. Many of the ideas the company realized for the first time ever are now part of the international standard and found their way into the world of mainstream commemorative coins. 200 new fascinating coins are released by CIT every year.

Let’s have a look on our journey…

The ’70s
In 1970, when silver was booming, CIT started coin trading in Liechtenstein. The company’s activities were confined to sell modern coins of foreign mints on the European market.In order to do so, CIT collaborated with some of the best renowned mints like the British Royal Mint, the US Mint or the Italian Zecca dello Stato. CIT became one of the major importers of contemporary coins in Europe. 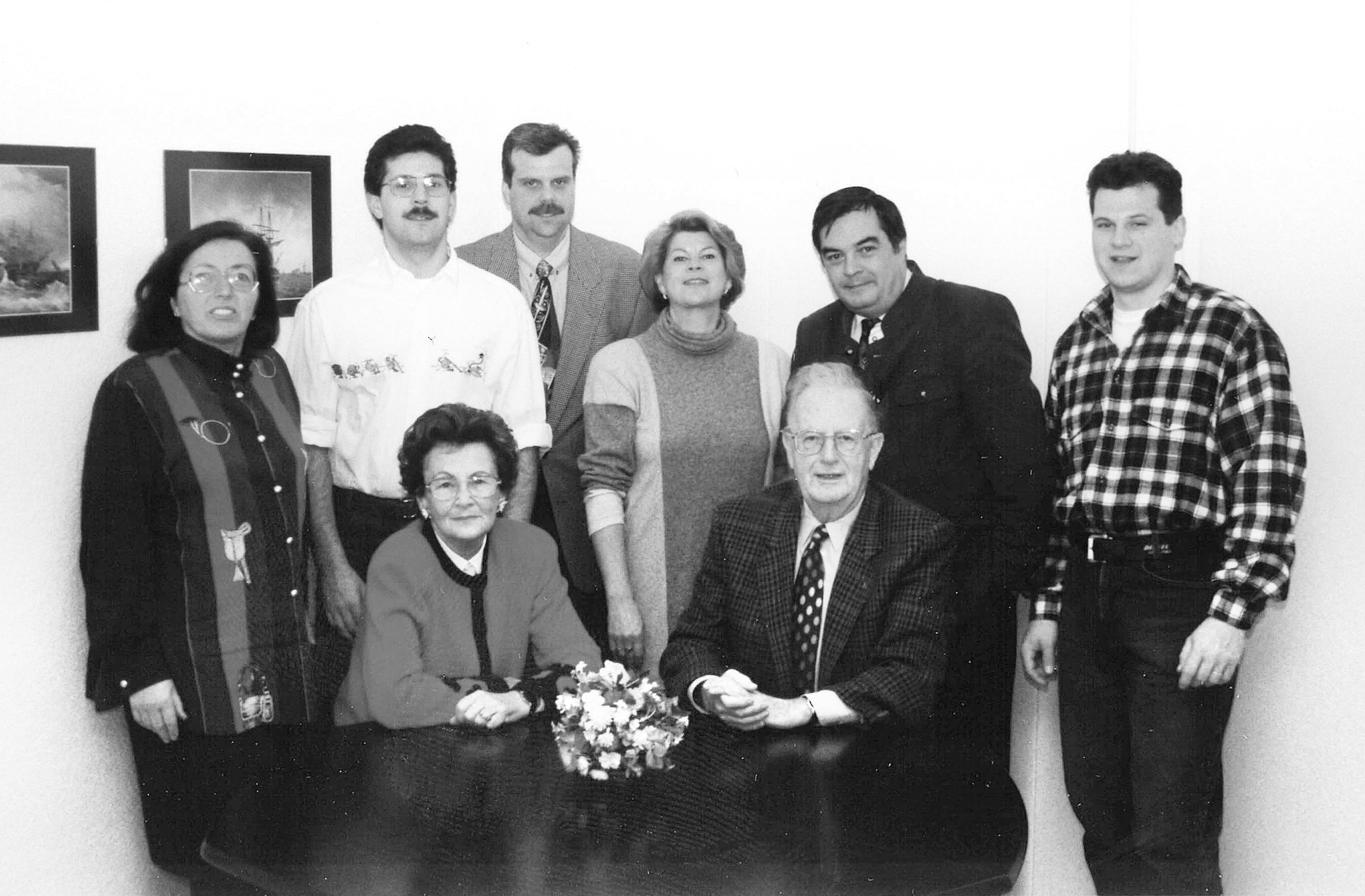 The ’80s
1982 CIT developed its first own coin, a Zurich Shooting Taler, whose off-strikes in platinum and palladium sold incredibly well, especially on the US market. In 1988 another project, an Albanian commemorative coin celebrating the state railway, set new standards. On one side, an old train drove into a tunnel, on the other side, a modern train came out. The tunnel was designed as a hole, which was new at the time and extremely demanding to realize from the technical point of view. For this coin, CIT received the highest prize the numismatic world has to offer, the «Coin of the Year» Award. 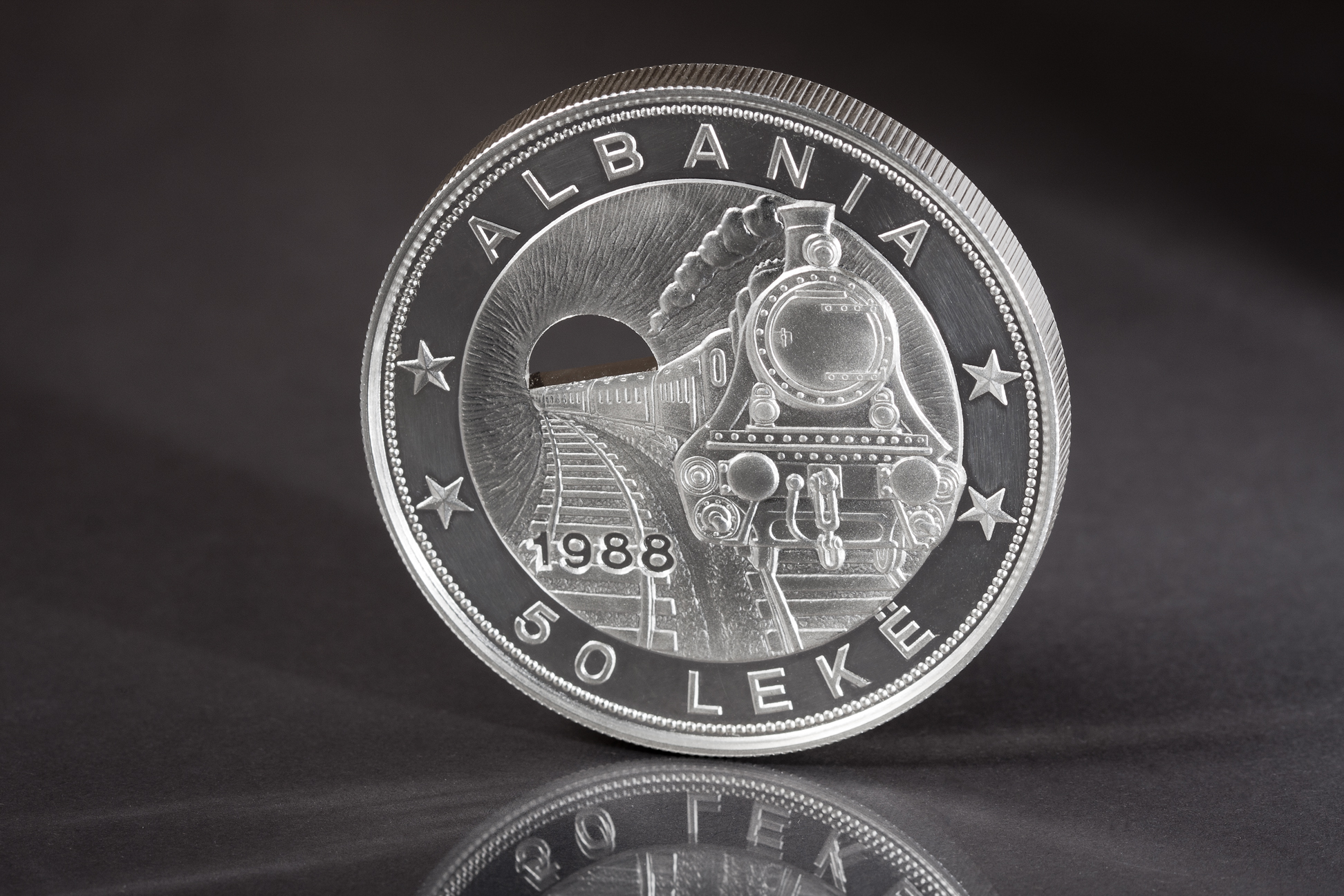 The ’90s
Many of the techniques mints all over the world are applying today, were developed and implemented for the first time during those years. For example, one the world’s first colored coin was issued by CIT in 1992. It was part of the Marine Life Protection series which was continued until 2017, includes more than 50 issues and is thus the longest-lived series of commemorative coins ever produced. That this development was of crucial importance can be seen by the fact that it is impossible to imagine today’s world of contemporary coins without color. With an official Elvis Presley coin CIT entered the market of licensed coins. Licensing has become an important part of CIT’s future product assortment. Stunning coins for e.g. Ferrari, PGA, Ducati and lately AC/DC are loved by fans worldwide.

The 2000s
In 2004, the first Tiffany coin was produced and marked the start of CIT’s most successful series wich is highly appreciated by the numismatic community worldwide. The coin was awarded the COTY in the category «most innovative coinage concept». However, the real honor was awarded to it by the collectors: While the first pieces were sold for about 100 Dollars, one had to pay in peak times up to 8000 Dollars to purchase the first issue of this successful series. Developing new techniques and implementing them in a successful, aesthetically pleasing manner became CIT’s signature feature. The first holograms, inlays in all colors, shapes and materials possible, microminting – nothing was, nothing is impossible. By that point, at the latest, CIT also attracted attention outside of the numismatic world. For example, the legendary National Geographic reported in 2007 on CIT and its products. 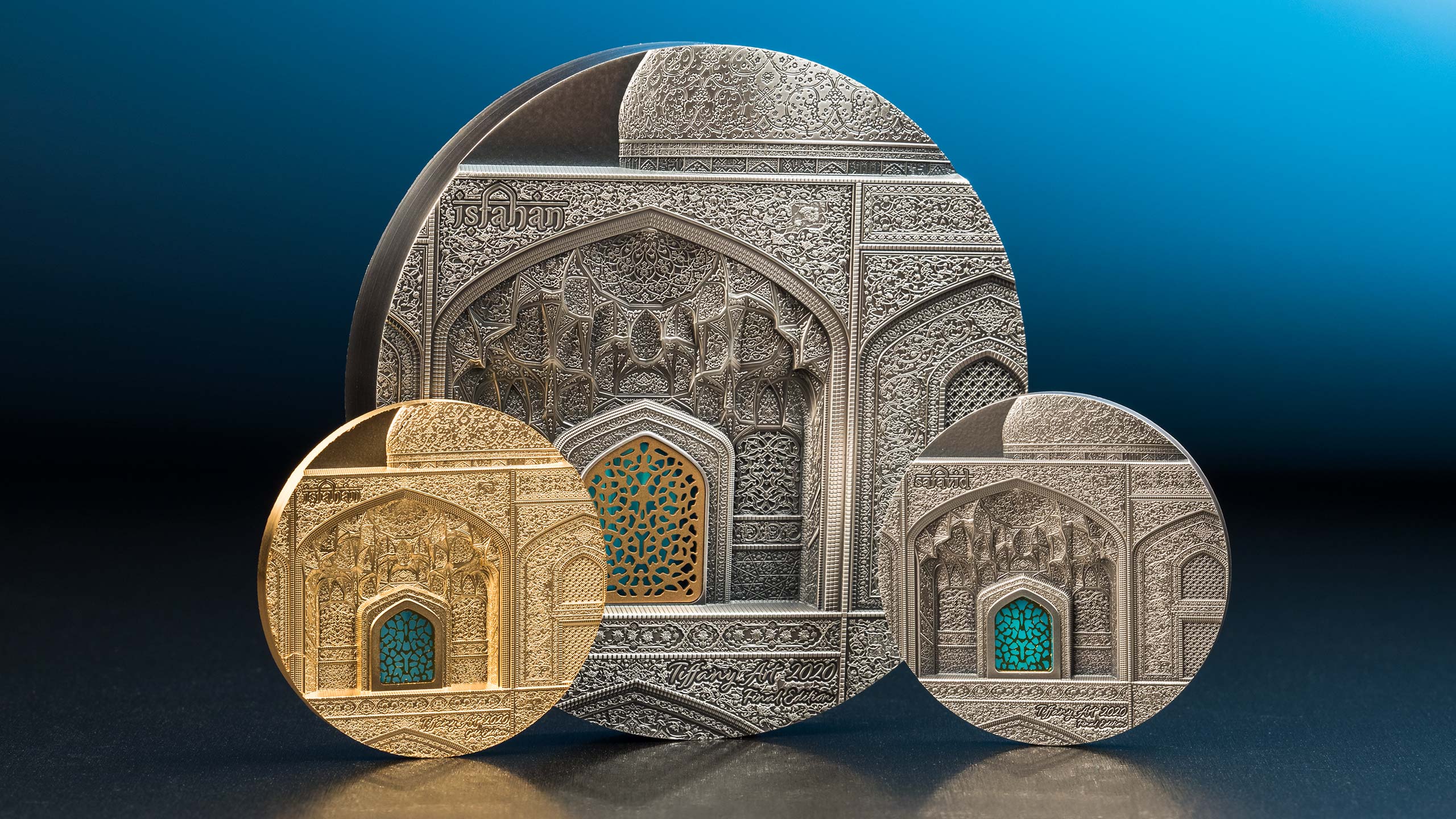 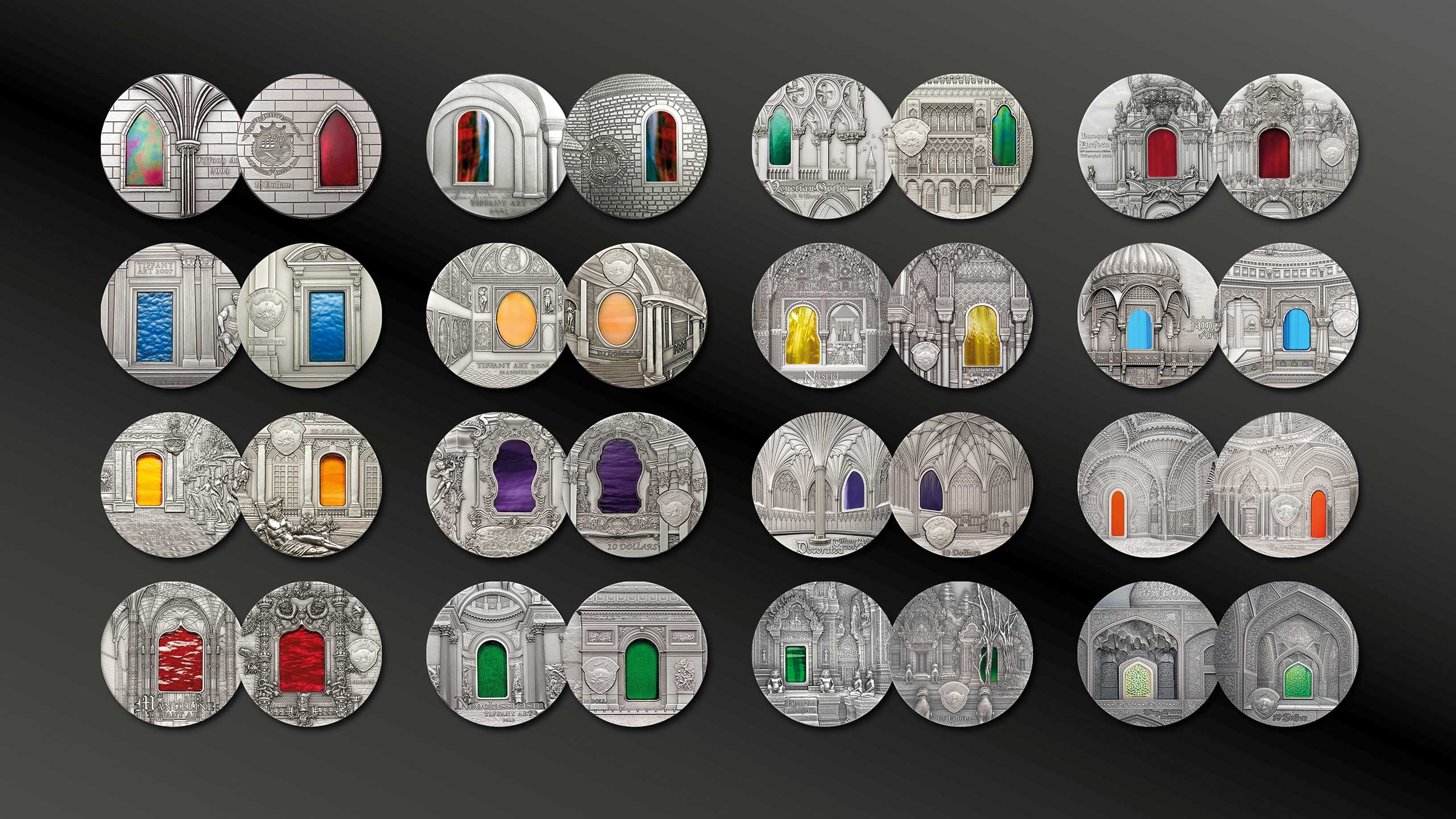 The 2010s
Since 2011, coins of CIT have been part of the extensive collection of the British Museum in London. And rightly so: Previously, nobody had applied so many different techniques simultaniously to attractive collector coins. In 2014 it became necessary to establish a security feature – SeQrySign – that guarantees collectors that the coin they have in their hands is an original product of CIT. In the following year CIT started a new chapter of modern minting techniques by developing smartminting© technology in collaboration with B. H. Mayer’s Kunstprägeanstalt near Munich. This technology redefined the definition of a modern collector’s coin and offers a dramatic and unsurpassed relief heights combined with extraordinarily intricate detail. It literally pushes the boundaries, facilitates new specifications and sets new standards in the commemorative coin industry. 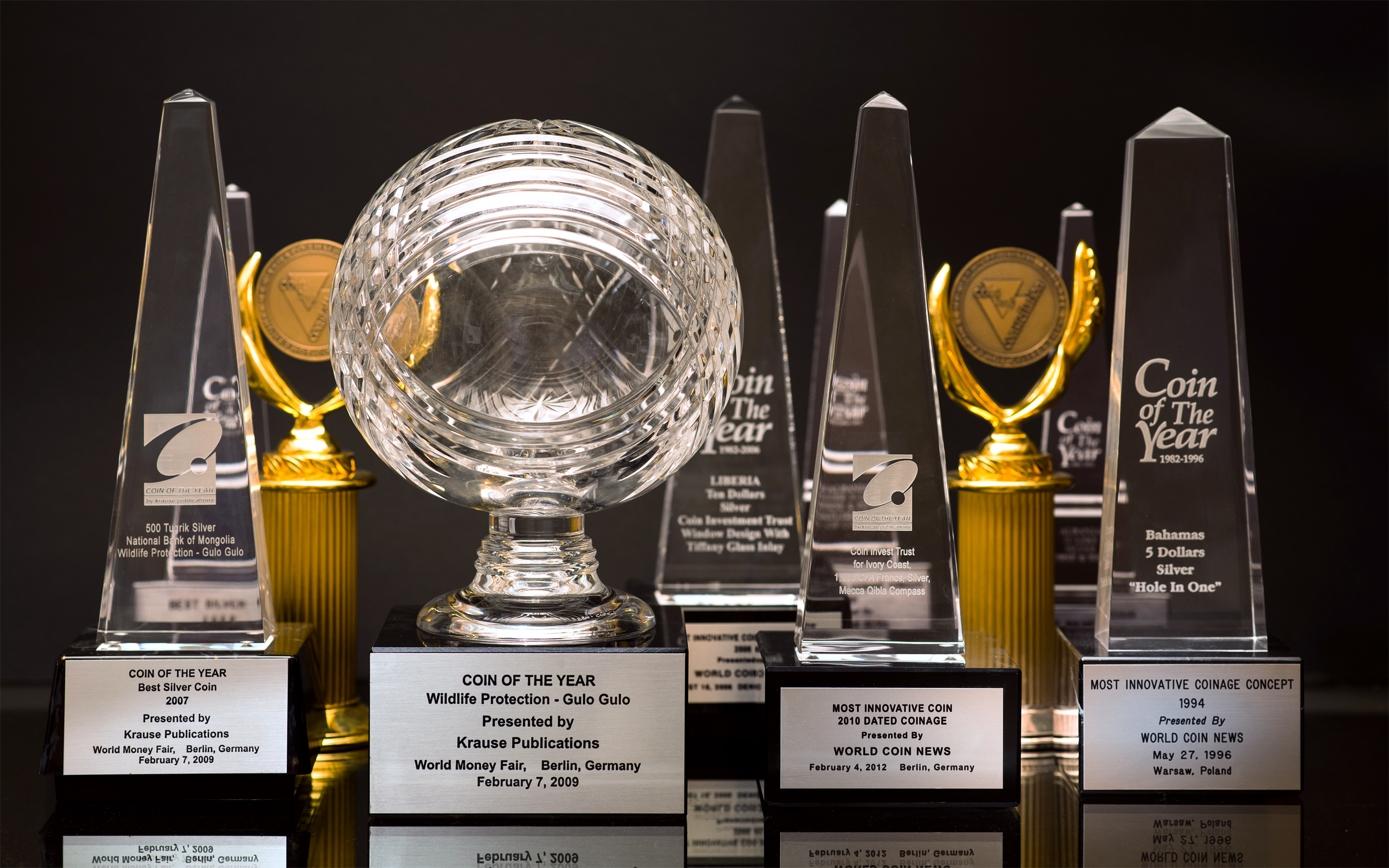 2020
The success story continues. In cooperation with with B. H. Mayer’s Kunstprägeanstalt CIT brought the smartminting© technology to the next level. Now it is possible to develop coins with specifications and stunning appearance which were totally out of scope in the past. 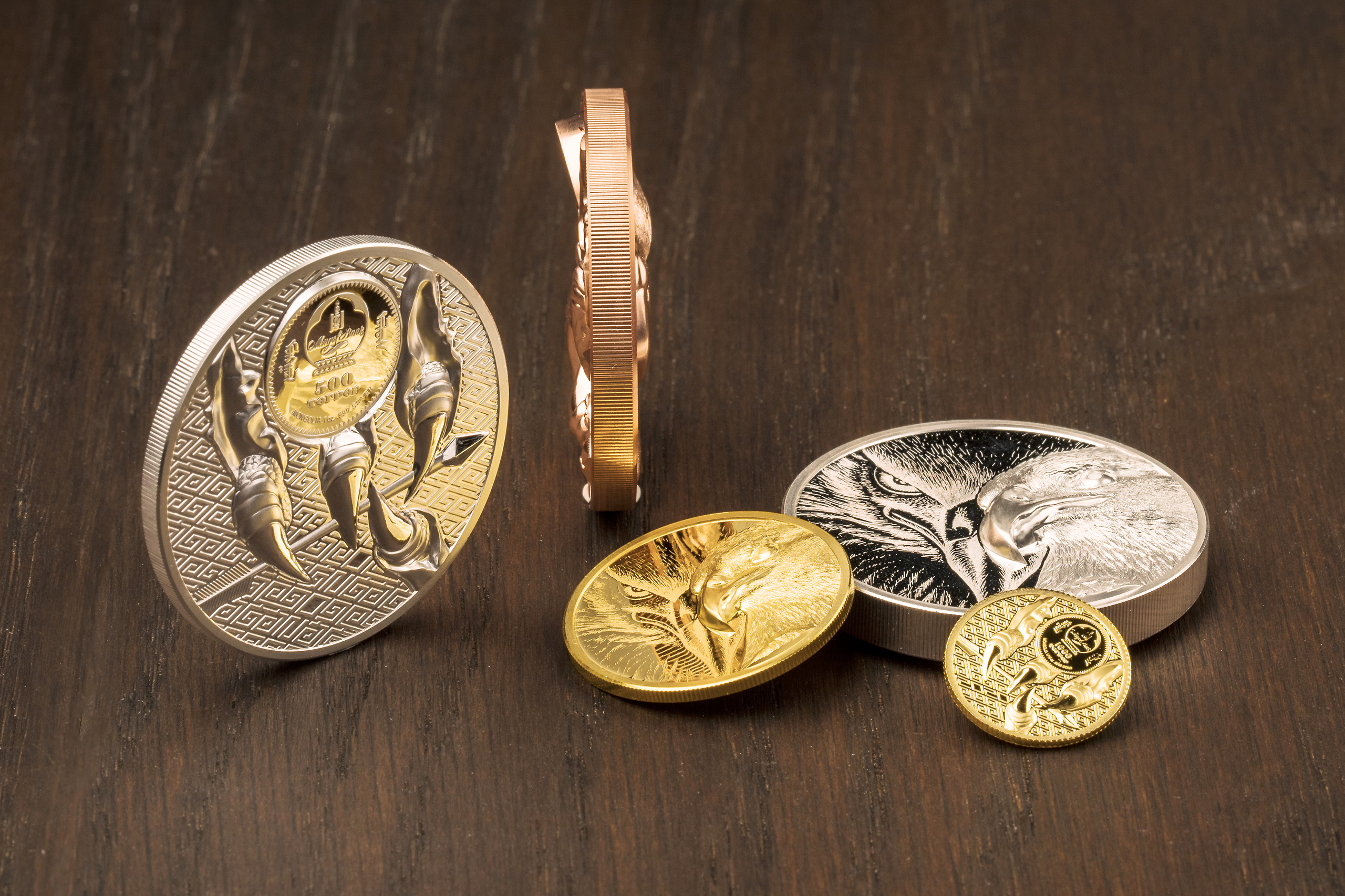 We are thrilled that these pieces of art excite coin fans around the world. We are proud to be part of the modern numismatic history. But no reason to lay back and rest.

The future is full of great ideas, stunning products and happy customers.