At this years BICE in Bejing CIT has released a coin honoring a very famous work of art!  The Faberge Eggs are known as priceless treasures that were specifically made for Royalty and some of the wealthiest families in the world. 2020 marks the 100th Anniversary of the passing of Peter Carl Faberge, a Russian jeweler that is best known for creating the famous Faberge Eggs that were styled after the shape of Easter eggs. 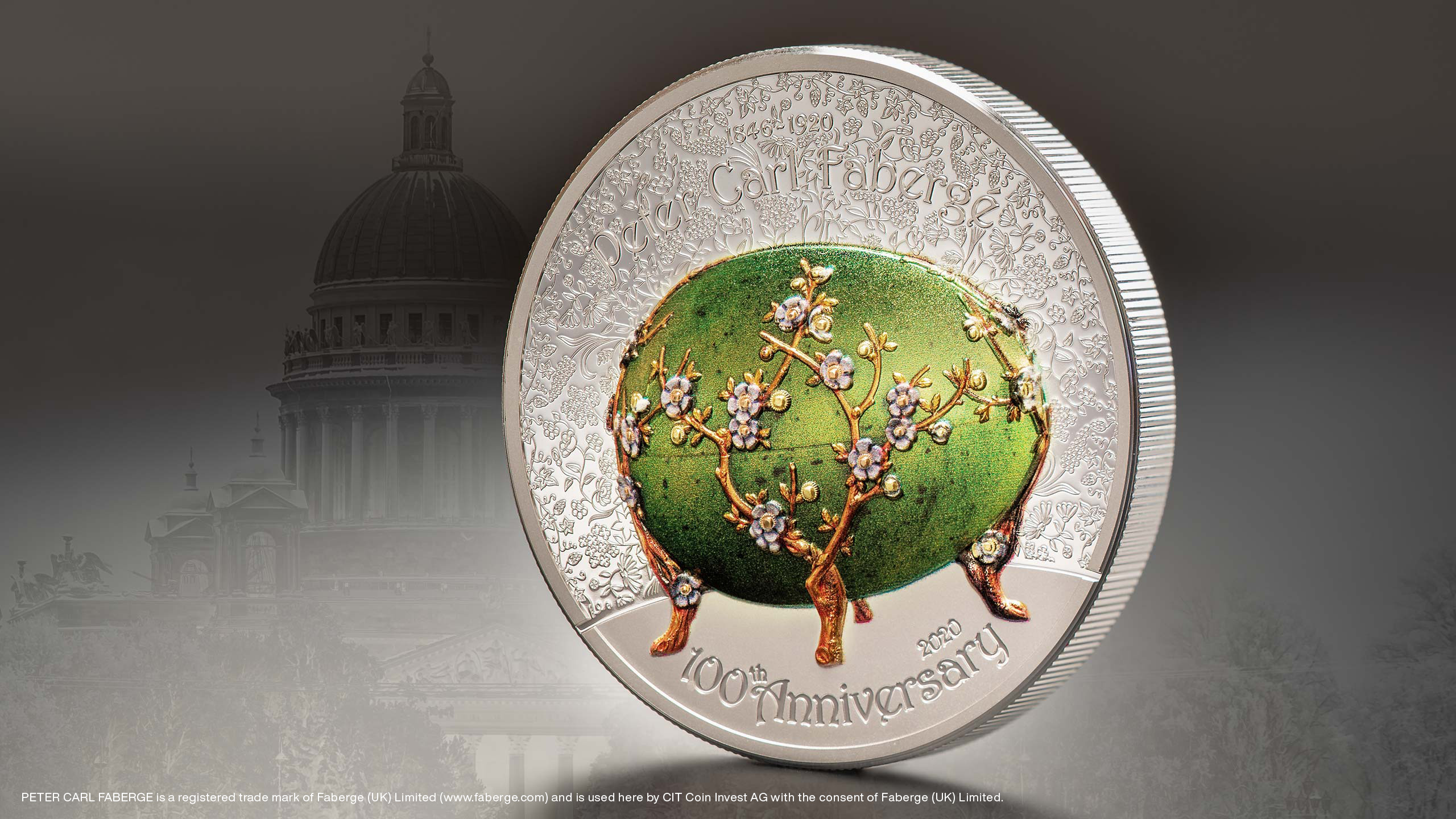 One of his most famous works resides in the Liechtenstein Museum and is known as the Apple Blossom Egg. It was made in 1901 and is one of the largest Faberge Eggs ever made. Further more it is one of the few that sits on its side instead of upright. The Egg is made out of stunning green Jade, gold, silver, enamel, and precious diamonds.

CIT has utilized its world leading colorization techniques and combined them with its smartminting© high relief to produce a coin worthy of this cultural icon. This two ounce silver proof is also selectively gilded to capture the intricate Apple Trees that are made out of gold on the original Faberge Egg. This proof is limited to only 888 pcs. worldwide and will be presented in a custom presentation case that is in a shape of an egg. 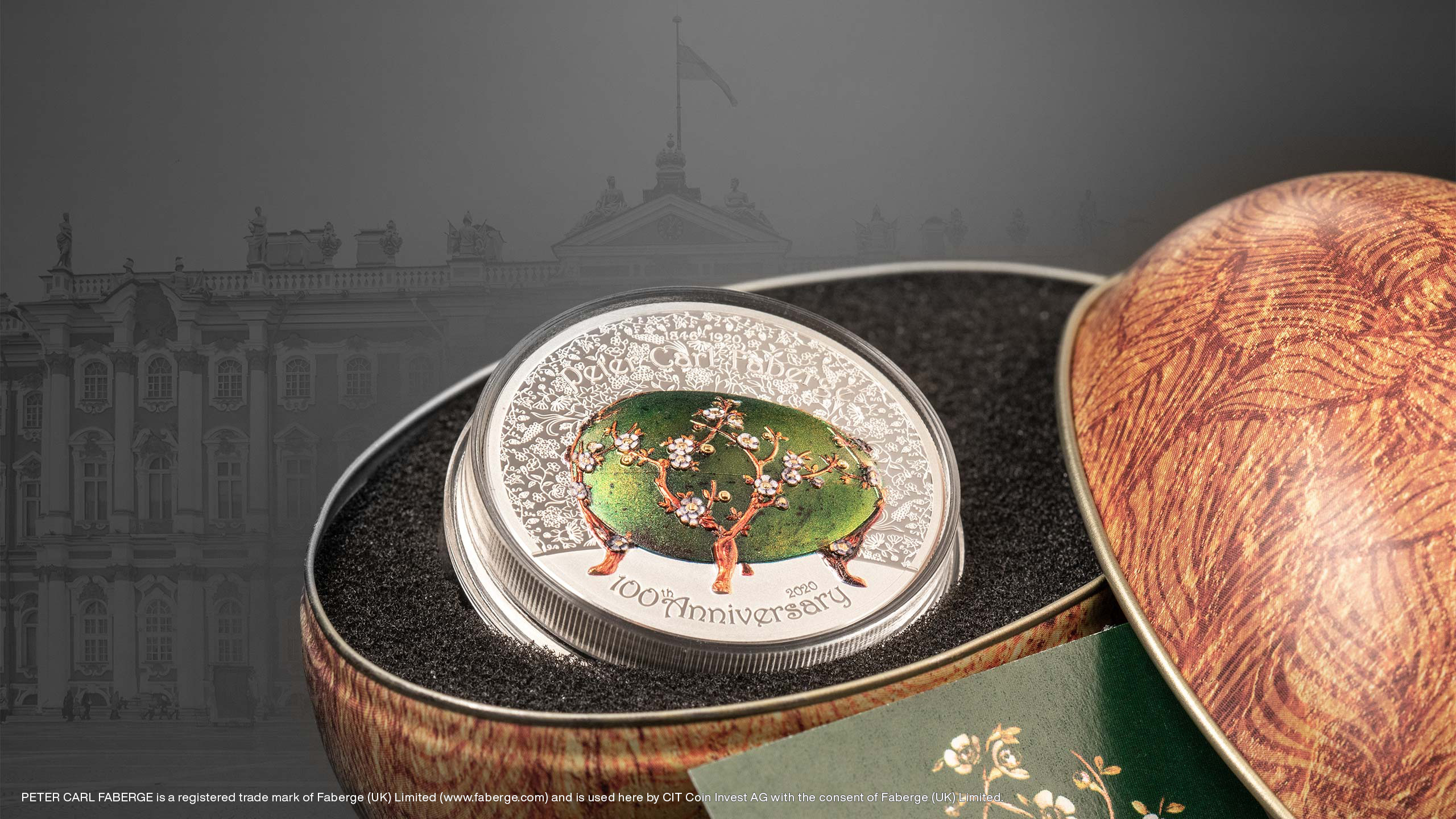 While none of us will be able to own the original, you can own a piece of history by adding this to your collection! 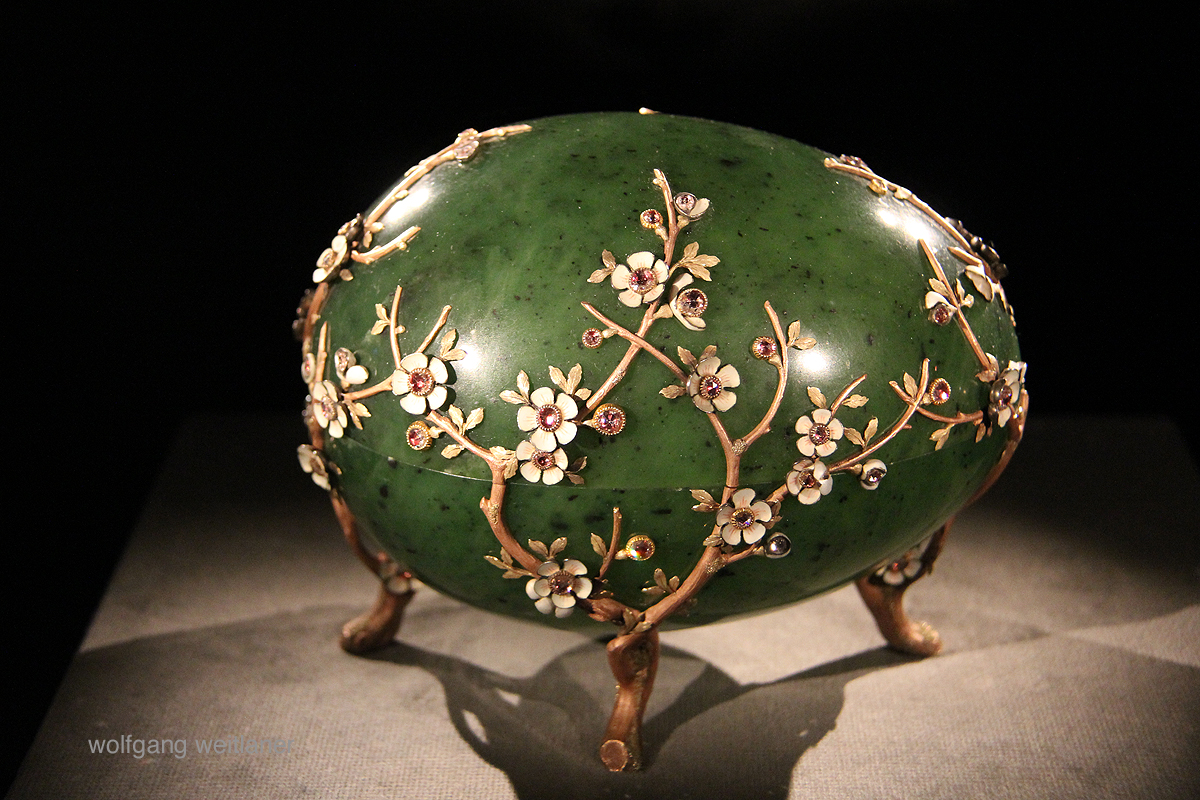 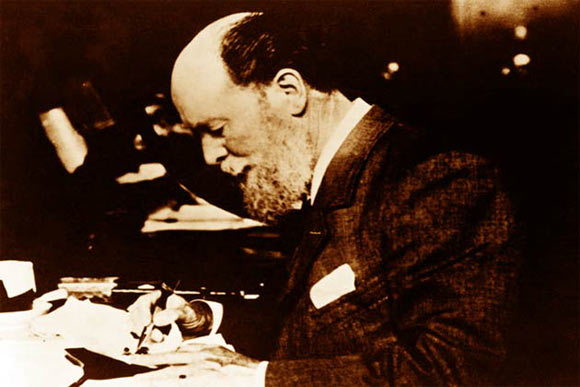 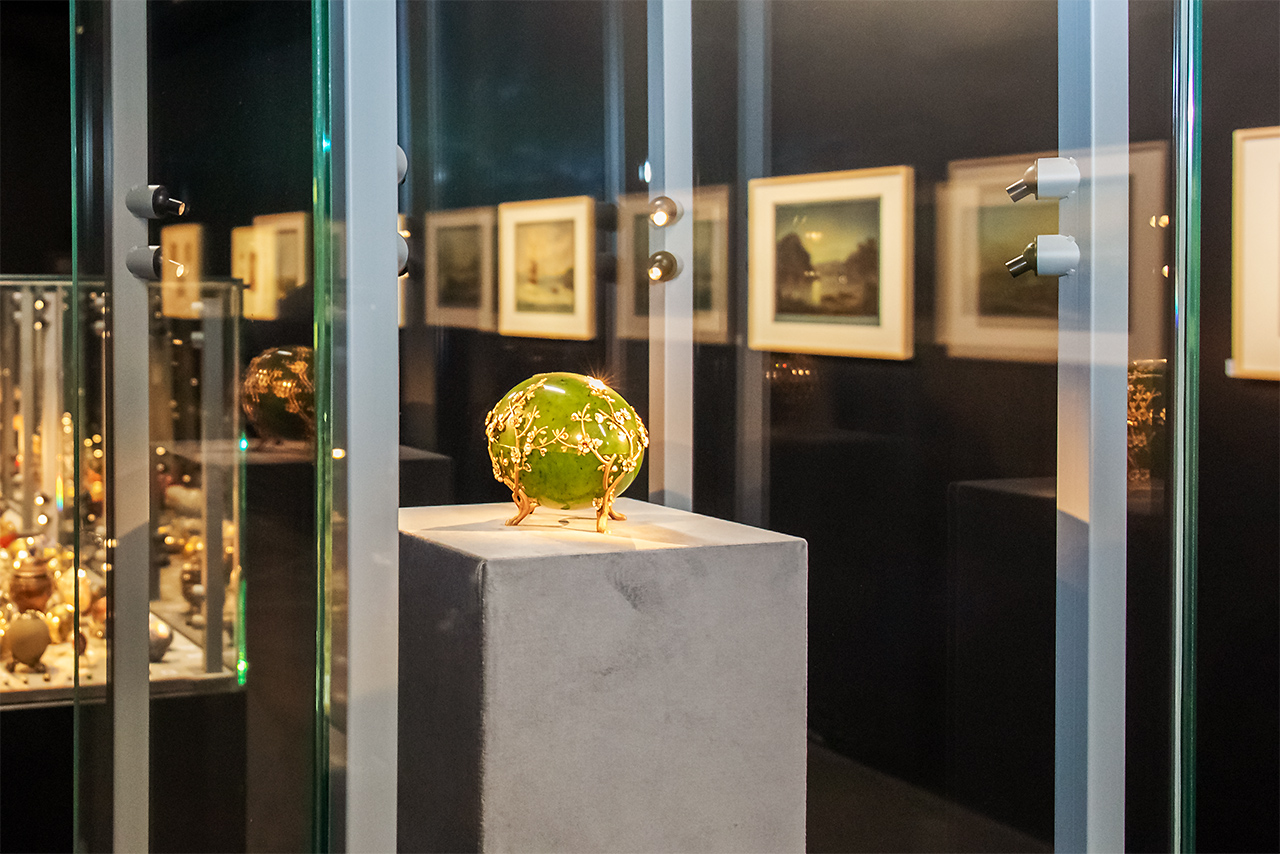